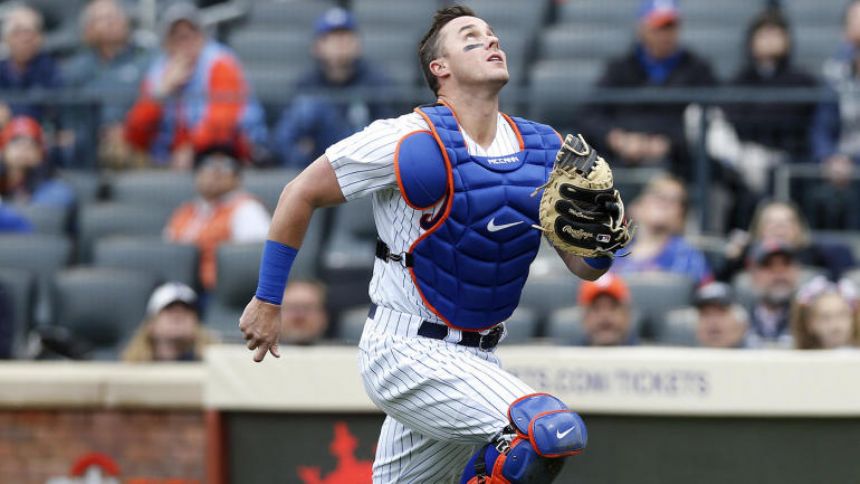 Mets catcher James McCann will undergo surgery to address a broken hamate bone in his left wrist, the team announced Friday afternoon. Along with said announcement, the Mets noted that this injury and procedure typically carries a six-week recovery period.'

In the short term, the Mets have Tomas Nido to serve as the starting catcher and Patrick Mazeika has been recalled from the minors to take over the role of backup.'

McCann, 31, is hitting .196/.266/.286 (63 OPS+) this season and also didn't hit very well last season, either. That isn't where the Mets get value from him, of course, as McCann is an excellent defensive catcher. He controls the running game and works well with a pitching staff. This season, for example, Mets pitchers have a 2.67 ERA with McCann behind the plate compared to 4.05 with Nido.'

The pitchers will have to get used to different receivers now, though, as six weeks gets us nearly to the end of June.'

The mind immediately wanders to the possible promotion of top catcher prospect Francisco Alvarez. The 20 year old is hitting .214/.321/.427 and it's in Double-A, so it doesn't seem likely the Mets would rush his offensive development in the name of shoring up catcher for a few weeks with McCann down.'

Perhaps the Mets find a way to trade for a solid defensive veteran, such as Yan Gomes of the Cubs. Roberto Perez of the Pirates would also work, though he's currently on the injured list due to a hamstring strain.'