Mets will retire Keith Hernandez's No. 17 jersey during 2022 season 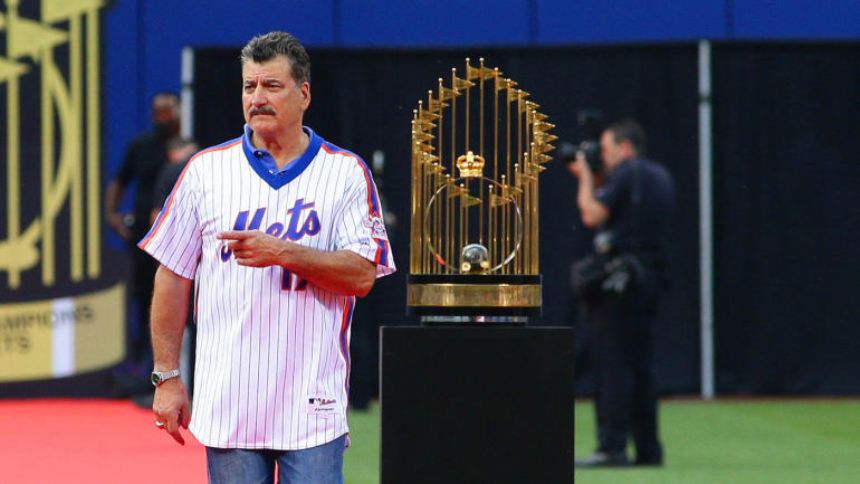 The New York Mets have announced that former All-Star and current broadcaster Keith Hernandez will be honored in a ceremony to retire his No. 17 jersey on July 9. This brings the count of numbers retired by the Mets to the following:

One of the big takeaways here is that Hernandez becomes the first member of the famed 1986 Mets World Series championship team to have his number retired.

We will retire Keith Hernandez's uniform 1?7? on Saturday, July 9 vs. Miami. https://t.co/3RAQ4nBZxz

Hernandez came to the Mets by way of St. Louis in a June, 1983 trade. He ended up spending parts of seven seasons with the Mets, hitting .297 with a .387 on-base percentage. He won five Gold Gloves and made two All-Star teams while finishing second, eighth and fourth, respectively, in NL MVP voting in his first three full seasons with the club.

He also had a monster hit in Game 7 of the 1986 World Series. Trailing the Red Sox 3-0 with the bases loaded and one out in the bottom of the sixth, Hernandez delivered a two-RBI single. The Mets would tie the game on the next batter. He later added his third RBI of the game on a sac fly and the Mets would win, 8-5.

He has been a color commentator on TV for the Mets since 1999.

"I'm thrilled," Hernandez said in a statement. "This is truly a special honor that lasts beyond a lifetime. I can't thank Steve and Alex Cohen and the Mets Hall of Fame Committee enough. I was very emotional when Steve called to let me know about the number retirement. This is the highest honor an organization can bestow upon a player. I also want to thank Mets fans, who have treated me like family since I arrived in 1983."

"Keith was the first captain in team history and a great leader and catalyst on that '86 championship team," Mets owner Steve Cohen said in a statement. "He was a defensive wizard at first and was a clutch performer late in games. We made a promise to continue celebrating and honoring our tremendous history and this is another deserving step in that direction. Congratulations, Keith."