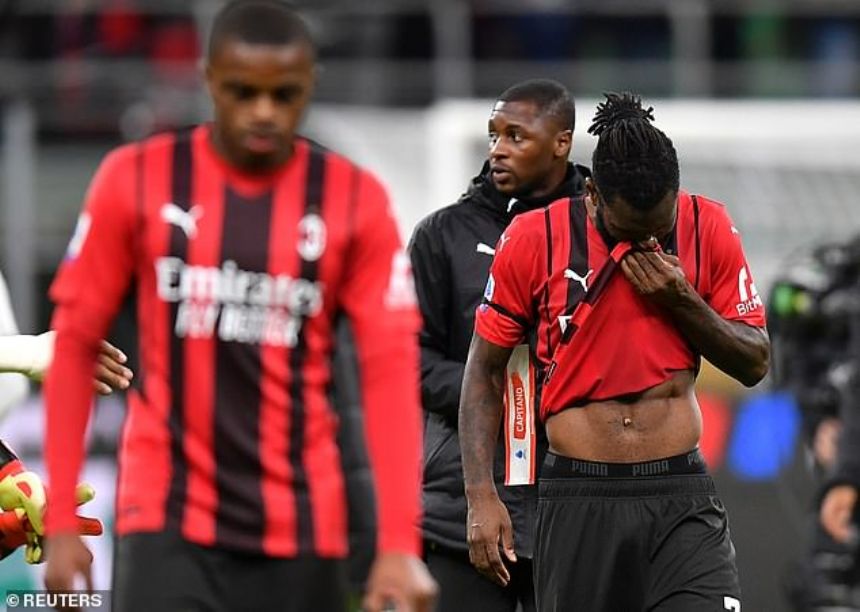 MILAN (AP) - After going unbeaten for nearly a third of the season, AC Milan suffered its second successive Serie A loss as Sassuolo came from behind to win 3-1 at San Siro on Sunday.

Domenico Berardi then extended Sassuolo's advantage and Milan's misery was complete when Romagnoli was show a straight red card 13 minutes from time.

Milan's loss means Napoli can move three points clear at the top of the table if it beats Lazio later. Third-placed Inter Milan is only a point further back after beating Venezia on Saturday.

Milan lost 4-3 at Fiorentina last weekend but then kept its Champions League hopes alive with a victory at Atletico Madrid.

It also welcomed back goalkeeper Mike Maignan, who recovered from wrist surgery earlier then expected, although the Rossoneri's injury list remained lengthy.

Milan took the lead in the 21st minute when a corner was taken short and the ball floated over to Romagnoli, who headed in at the near post.

But Sassuolo leveled almost immediately with a powerful strike from Scamacca into the top right corner.

And the turnaround was complete in the 33rd. Theo Hernandez headed an attempt off the line and it came out to Scamacca, whose shot was saved by Maignan but the ball ricocheted off Kjćr and into the goal.

It was a poor performance from Milan and although the Rossoneri improved at the start of the second half it was Sassuolo that extended its lead when Berardi feinted his way past Romagnoli and placed an angled drive through Maignan's legs in the 66th minute.

Romagnoli's day continued to get worse as the Milan captain was sent off 11 minutes later for hauling down Sassuolo forward Gregoire Defrel with a challenge that resembled a rugby tackle.