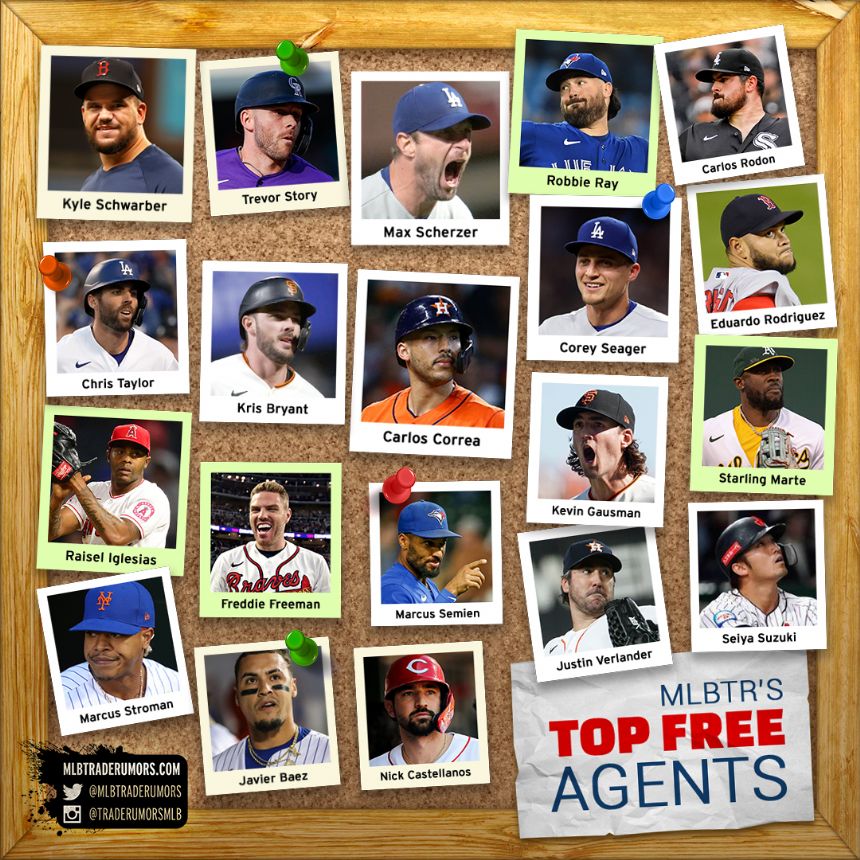 Major League Baseball saw a free agency surge this week ahead of a work stoppage. Multiple big-name free agents inked deals in the days leading up to the MLB lockout, which went into effect on Dec. 2. Max Scherzer, Corey Seager, Robbie Ray, Javier Baez, Marcus Semien and Marcus Stroman are among the free agents who found new homes in the last few pre-lockout days. Teams are not able to sign free agents to the 40-man roster during the lockout.

Scherzer got a record deal with the Mets. The Rangers committed $500 million to Seager and Semien to remake their infield as they try to transition from rebuilder to contender. Ray, the reigning AL Cy Young winner, left the Blue Jays for the Mariners. Toronto filled his rotation void with Kevin Gausman.

All these moves come after big-name pitchers like Noah Syndergaard and Eduardo Rodriguez agreed to deals earlier in November. There are still plenty of big fish swimming in the free-agent pond, including Carlos Correa, Freddie Freeman and Kris Bryant. But the lockout caused a free-agent spree.

Miss any of the action? We'll be using this space to keep tabs on our top 50 free agents throughout the winter, work stoppage or otherwise. As we noted when those rankings were published, "the order is based on a combination of expected impact and annual average value." You can click here to find those rankings in their original form, complete with analysis of player.

Below you'll find our tracker, complete with the player, their rank, their last team, and their new team. We'll keep this updated throughout the offseason.