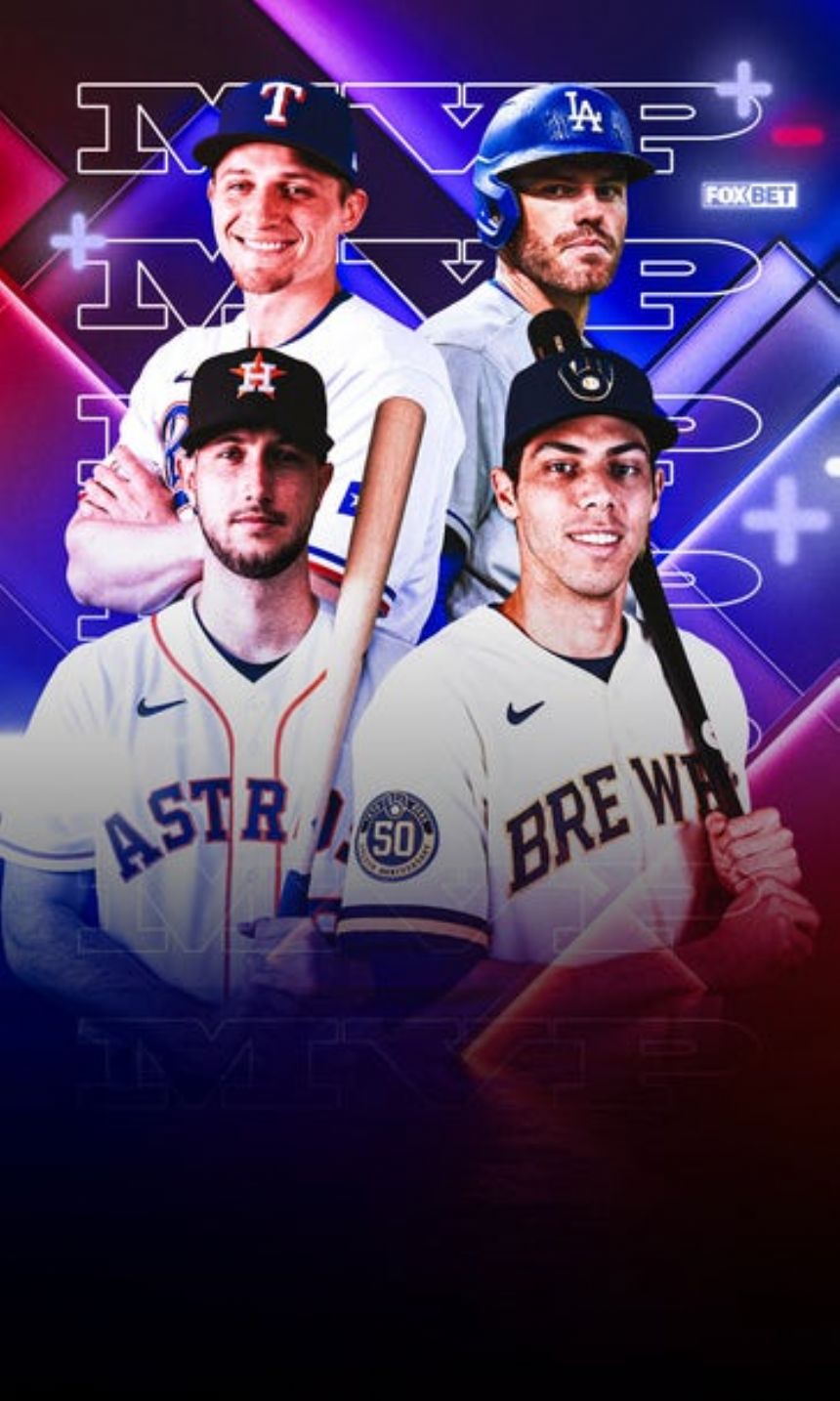 Last week in this space, I explained how you could use advanced metrics to find value in the MLB futures market for picking World Series champions. Let's expand on that idea to make some money picking Most Valuable Player winners.'

But first, a quick digression.

One of the more obnoxious rhetorical things your friends might say have this template: 'I'm not saying they're X, but ..." then insinuates they are X.''

I'm not saying baseball writers are lazy, but the American and National League MVP awards winners are almost always atop the leaderboard in FanGraphs Wins Above Replacement (fWAR). As proof, here are the winners and their respective fWARs the past five seasons:

Aside from last year's NL honor, when injuries and no players on winning teams were standouts, the exercise when betting on an MVP future is simply to forecast who will have the highest WAR by the end of the season.''

The formula for fWAR can be found'here, but the basic idea is to find players who can stay healthy and generate runs with power and baserunning.''

In our introduction to betting on baseball, I wrote about Statcast data and how calculating the difference between raw numbers and expected numbers can help us figure out who is due for an uptick and who may be a value play for a futures bet.''

Specifically, I want to look at two more Statcast statistics: xISO and Sprint Speed. Isolated power, or ISO, is simply slugging percentage without singles, and xISO uses exit velocity and launch angle to assign probabilities that contact becomes extra-base hits. Finding hitters underperforming their xISO should present value. As for Sprint Speed, Statcast defines it as feet per second in a player's fastest one-second window. These stretches commonly feature turning singles into doubles and hurrying to first on weak groundballs.''

What does all of that mean from a gambling perspective? I dug through the metrics to find us some bets so you didn't have to. Here are some MVP futures to wager on now, with odds courtesy of AP Bet.

Tucker does not have the name recognition as other Astros mainstays like Jose Altuve or Alex Bregman. After all, he's batted sixth more than in any other spot in the order this season.'

But he's been as consistent a hitter as anyone, almost with more singles than any other Houston player. When digging into the stats, those singles should become extra-base hits soon.'

Tucker's xISO -'ISO difference ranks ninth in MLB, and his sprint speed of 27.1 ft/sec is considered slightly above average. With one out above average, Tucker ranks above average among right fielders. He also ranks in the top 30 in fWAR in the AL as of Monday.''

Seager has many more postseason accolades than regular-season ones. He was the 2020 World Series MVP and an NLCS MVP but has never finished better than third on regular-season ballots.'

While he may only have four home runs and one double, his reputation is sterling enough to be walked with the bases loaded. He also ranks third in MLB in xISO - ISO difference and ranks top 50 in the AL in fWAR.'

Though he has a slower sprint speed, playing shortstop is considered a premium position (catcher and center field are the others), which will provide a bump for award recognition. A change of scenery can also have drastic effects, one way or the other.

If you are more comfortable with chalk, we might as well finish in the same division. Want to hear something crazy? Trout may be exhibiting more power than he has ever had. His xISO is more than 50 points better than his 2019 MVP season, and he's also 13th in xISO - ISO difference.

Speaking of past winners potentially repeating, how about Yelich? This wager's value primarily comes from betting he will stay healthy. He fouled a ball off his kneecap, ending his 2019 campaign early, then suffered back issues that kept him on the injured list for part of 2021. Now, he has played nearly every game and has a Top 40 fWAR to show for it. Yelich's xISO - ISO difference comes in 11th in MLB, and his sprint speed of 28.2 ft/sec is well above average.'

As we saw when he batted .326 with 36 home runs in his MVP season, his ceiling is high. Yelich is worth a sprinkle at this number as his power has not dissipated, and he's a solid baserunner.

Anyone who leads the Dodgers in any metric deserves attention. Freeman has spent less time in Los Angeles traffic than his counterparts but now leads the Dodgers in fWAR. While his sprint speed of 26.6 ft/sec is slightly below average, his strikeout rate of less than 15% leads his team and is in the top 15 among qualifiers in the NL.''

Freeman also ranks 10th in xISO - ISO difference. And since 2016, he has never had an entire season hitting fewer than 23 home runs, so the power should still be there. Being the new face on the most dominant baseball team should also help.

So there you have it, folks. We are only roughly 30 games into this 162-game season and, of course, a ton can change between now and October. But from this early sample set, the guys mentioned above present betting value. The likely fluctuations also mean this futures market may not be as efficient as daily game bets, so soak in the hot Statcast sun and see what strikes your fancy!

Edward Egros is a sports analytics broadcaster/writer, a sports betting analyst, a data scientist and an adjunct professor of statistics at Pepperdine University.'These passions have led him to become a cold brew aficionado.'Edward previously worked in local television, notably at the AP affiliate in Dallas covering the Rangers, Cowboys and high school football.' Follow him on twitter @EdWithSports.'