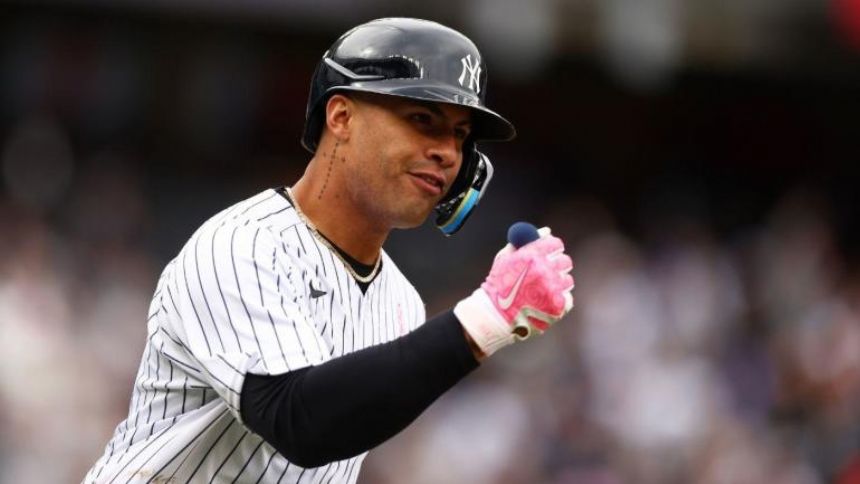 Heading into the 2022 season, the American League East figured to be one of the most competitive and fun divisions to follow. Leaving aside a team that has felt like it is perpetually rebuilding, there were four teams looking to contend. The Red Sox were only two wins from the World Series in 2021, the Blue Jays looked primed for a serious World Series push, the Rays were the two-time defending division champions and the Yankees were coming off a 92-win season that felt disappointing.'

It's already been quite the ride.'

How will things shake out moving forward for the gambling folks out there? Let's take a look at the current odds to win the AL East and break down how each team looks. Records are as of Tuesday, May 10.

There's always a bit of a Yankees penalty in odds, as far as I'm concerned. Given how odds aren't predictions and instead an attempted central point of the gambling public, along with how popular the Yankees are in bets, the lines skew a bit compared to other teams. It's a simple reality that if you want to pick the Yankees, you have to be extra sure, whatever that means for each individual.'

I had the Yankees as the top AL wild card heading into the season. There's plenty of talent here. Good offensive firepower with a true ace in front of a deep-and-talented bullpen. Those things are playing out, but the rotation behind Gerrit Cole provides further optimism.

Specifically, Nestor Cortes and Luis Severino up the ante. Severino was coming off Tommy John surgery late last season as a reliever and was a wild card in re-entering the rotation. He's shown flashes of his old self, giving hope that by the end of the year he could be back in frontline form. Cortes is in frontline form right now. Through six starts, he has a 1.41 ERA, 0.97 WHIP and 42 strikeouts in 32 innings.'

Jordan Montgomery and Jameson Taillon have been very good, too, giving the Yankees a strong 1-5. It's a complete team with talent everywhere.'

Verdict: They are a fine pick to win the division, it's only a question on if you wanna pay for it with these odds. At around even money, it makes plenty of sense for strong believers.'

My preseason pick was in first place most of April and as recently as April 26. They've fallen to four games back, thanks to the aforementioned surge from the Yankees and last week's lull. The good news for the Jays in the short term is they have two games against the Yankees and three against the Rays this week. If they right the ship, they can help themselves directly.'

There's still plenty to like here. The offense is capable of being one of baseball's best, yet they sit sixth in the AL in average, sixth in OPS and seventh in runs. Teoscar Hernandez has only played in eight games. Matt Chapman is capable of more, offensively, and Bo Bichette surely has a hot streak somewhere in the coming weeks.'

I wouldn't really be worried about the offense. It's the pitching.'

Kevin Gausman and Alek Manoah have been great, but Hyun-jin Ryu was awful before his injury and is 35 years old. Jose Berrios, Ross Stripling and Yusei Kikuchi have collectively disappointed. I'm confident Berrios gets it together, at least.'

I'm also confident the Blue Jays brass is going to be as aggressive as possible in working on the roster heading up toward the trade deadline.'

Sure, they've had a rough stretch coupled with Yankees/Rays hot streaks, but there will be ebbs and flows throughout the season. Things will turn again.'

Verdict: Still a very good pick. I wish the odds were a little better after this last stretch, but there's a reason they didn't plummet. The Jays are that talented.'

They've got the star centerpiece in Wander Franco, the ace in Shane McClanahan and the lockdown bullpen with Andrew Kittredge as the anchor. The reason we can't really do a good, quick breakdown like with the two teams above, however, is Harold Ramirez.'

Well, not him, specifically. Ramirez is merely our vehicle used for illustration purposes. He was grabbed off waivers by Cleveland last spring and appeared in 99 games, serving, basically, as a replacement player (0.1 bWAR). The Cubs grabbed him in November, but then traded him on March 25 to the Rays due to an outfield crunch. Before this season, Ramirez had 221 MLB games in his career and was a .271/.308/.405 (90 OPS+) hitter with 0.1 career WAR.'

The notion that the Rays never lose trades or make mistakes is folly, but they make a ton of moves and nail them more often than not. Their ability to add at the margins and get the absolute most out of players who previously weren't needle-movers is why they remain a serious threat here.'

Verdict: This is probably the best value, but the Yankees and Jays are awfully tough, so it really comes down to who you think will win? There are three good answers, but only one will ultimately pay off.'

And, honestly, now that I've listed the three teams with a chance to win, for the first time in these breakdowns I'll say it would probably be wise to hedge, if you're so inclined. For example, if you like either the Yankees or Blue Jays, taking the Rays as a hedge means you'd come out on top with a Rays win and would be in fine shape if your other pick won. Taking all three kind of takes the fun out of it, though, doesn't it?'

Of course, that also puts me in a bind. I can't bail on my preseason Blue Jays pick right now, the Yankees look really strong and it would be ignorant to disregard the Rays, especially with their odds here. I'll begrudgingly go Jays and hedge with the Rays.'

Even if you think the Red Sox are going to turn things around and get hot, which is a perfectly defensible stance, this is already a very tough ask.'

Again, we're talking about winning the division, so they'd have to do all three of those things. I don't need do a breakdown of the team, because I just don't see it as possible.'

They've won four of their last five and six of their last nine, which is nice and all, but they are still 8 1/2 games out and we could do the same equation we just did with the Red Sox, only two fewer games per team.'

Even putting that aside, they just aren't ready. Not this team, not this situation and certainly not this division.'

I do have great respect for the sky-high odds, though! They might even find some takers. Just not me. '

Verdict:'Ignore the odds, a loss is a loss and this is a loss.'