MLB Prospect Watch: Why Triston Casas could be the Red Sox's solution to their cold-corner problems 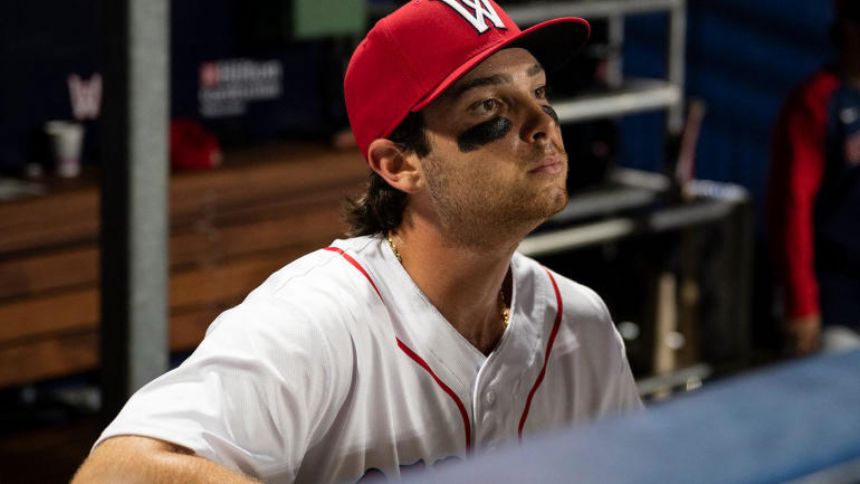 The Boston Red Sox enter Friday's slate in last place in the American League East with an 11-19 record. Their minus-20 run differential puts them in company with the likes of the Baltimore Orioles, the Colorado Rockies'and the Washington Nationals, three teams who would not be confused as contenders. Our own Mike Axisa took inventory of the earlier this week, noting, among other ails, that Boston's lineup has underwhelmed while being overly top-heavy.

To wit, the Red Sox rank 27th in the majors in runs scored and 26th in wRC+, a FanGraphs measure that adjusts for ballpark among other variables. The Red Sox have just three players who have more than 50 trips to the plate and an OPS+ higher than 70. That poor hitting includes first baseman Bobby Dalbec, who has begun to lose starts to career outfielder Franchy Cordero. Cordero has an 85 OPS+ in 23 plate appearances, making him a "hot" hitter, relative to the Red Sox's current standards.

The Red Sox would seem to have a ready-made solution for their cold-corner problems in the person of Triston Casas.'AP Sports ranked Casas as the 19th best prospect in the game entering the spring, and he's since hit .243/.351/.468 with six home runs in 134 trips to the plate with Triple-A Worcester. For comparison -- and bear in mind, it's not apples-to-apples given the quality of competition in each case -- Boston's first baseman have combined to hit .128/.229/.196 so far this season.

As a result, AP Sports posed the following question to a few rival talent evaluators this week: why haven't the Red Sox promoted Casas?'

Longtime readers who have grown to be skeptical of when teams promote their top prospects will be heartened to learn that one executive replied to the above with a question of their own: "Well, when would the Rays promote Casas?"'

Boston's top baseball executive Chaim Bloom, of course, came up with the Tampa Bay Rays organization -- the same club that has a history of manipulating service time, dating back to Evan Longoria and including Wander Franco. (The Rays did eventually sign both Longoria and Franco to long-term extensions.) With that in mind, it would be reasonable to wonder if Bloom is simply running out the clock on Casas' chances of achieving Super Two status (an achievement that comes with an extra year of arbitration eligibility). If so, that process usually stretches into mid-to-late June.

Other evaluators weren't as conspiratorial with their answers. As one scout noted, while Casas has been an above-average hitter relative to the International League norm, his underlying data has created some cause for concern. Specifically, his strikeout rate has ballooned by more than three percentage points compared to last season. Casas' increased K rate has been accompanied by a drop-off in his in-zone contact rate. The scout expressed their belief that the latter could cause Casas significant problems if the Red Sox were to promote him to The Show.'

Casas, then, might find himself at the center of a philosophical debate about when is the opportune time to promote a prospect. Is it only acceptable when that player has demonstrated mastery of Triple-A, or is it fine to press the button sooner if it would behoove the big-league club? After all, even if Casas did scuffle relative to expectations, he would likely represent a much-needed upgrade for the Red Sox, whose playoff odds have dwindled to just 17.4 percent, per Baseball Prospectus.

The situation is more nuanced than that, obviously, as teams have to weigh how struggling at the big-league level -- and, perhaps, even necessitating a trip back to the minor leagues in due time -- could impact a prospect's confidence and long-term development. It should be noted, too, that Casas is only a 22-year-old with 40 Triple-A games under his belt. It's fair to think he could require some additional seasoning before being pushed into a situation where he's viewed as a savior.

None of this is to knock those who have viewed Casas' ongoing Triple-A residence with skepticism; sometimes with prospects, though, it's not only about the money.