Momentum is on the Sixers' side vs. Heat in Game 5, plus other best bets for Tuesday 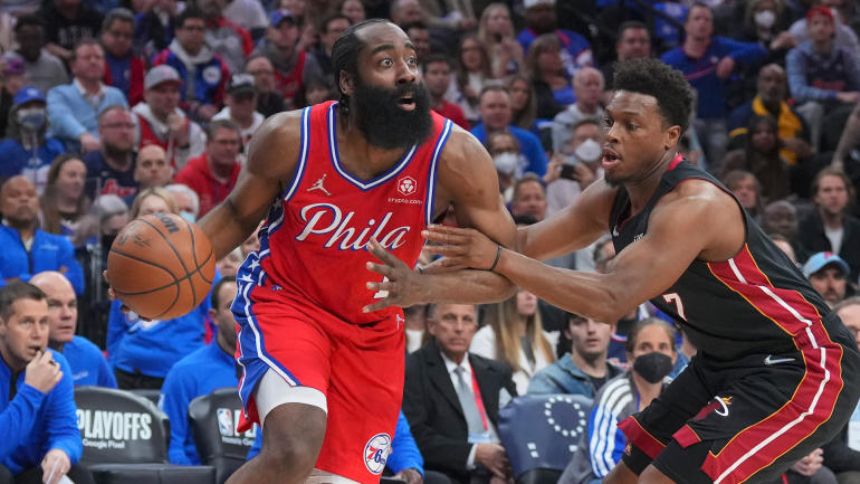 Good afternoon sports fans, it's Chris Bengel back with you after another sensational weekend of betting action. Hopefully everybody stayed away from the Kentucky Derby after 80-1 underdog Rich Strike won in one of the biggest upsets of all time.

Similarly, the NBA and NHL playoffs, which are in full swing, have produced chaos. From an NBA standpoint, the Phoenix Suns are getting all that they can handle from Luka Doncic and the Dallas Mavericks. Throughout the season, I've stood firmly in the camp that the Suns possess the most talented roster in the league and can definitely get back to the NBA Finals. However, the Mavericks have gotten production from up and down their roster and have really excelled shooting from the perimeter.'

With more NBA and NHL action on tap tonight, let's not waste any more time and jump right into the picks!

What a difference a week makes. After the first two games of the Eastern Conference Semifinals between the Heat and Sixers, Miami looked to be the superior team with Philadelphia struggling without Joel Embiid in the lineup. Embiid returned for Game 3 and the Sixers have now won back-to-back games to tie up the series.

In Game 4, Embiid looked his usual self to the tune of another double-double. Still, Embiid's strong night wasn't the story, as James Harden looked like the James Harden we grew accustomed to seeing when he was a member of the Rockets. He even drilled six of his 10 attempts from three. If Harden continues to play at anywhere close to this level, the Sixers are going to be a very tough out.

Now, I understand why the Heat are favored. They're the home team and the home team has taken every game in the series so far. However, with the momentum completely swinging following the last two games, I'm on the Sixers side here. Even without Embiid in Games 1 and 2, Philadelphia still hung around. The Sixers have Embiid back in the fold in a hostile environment and Harden has an abundance of confidence after a spectacular performance. On top of that, the Heat will be without Kyle Lowry, who will miss Game 5 due to a hamstring strain. I expect a close contest like we saw for the majority of Game 4, so give me the Sixers to potentially even win outright.

Mavericks at Suns, 10 p.m. | TV: TNT
The Pick: Devin Booker Over 27.5 points (-105):'-- While I ultimately believe that the Suns are going to bounce back, it's a little too close to call for my blood. But if Phoenix wants to keep pace against Dallas, it's going to need to continue to be the Devin Booker show. The Suns star guard has scored at least 23 points in three of the four games in this series, including at least 28 points in two of the last three contests. Booker has been aggressive from the opening tip and has had to be with veteran point guard Chris Paul struggling to score over the past two games.

It also hasn't hurt that Booker is shooting the ball exceptionally well from beyond the arc over the past three games. During that stretch, he's connected on a mind-boggling 60 percent (12-of-20) of his attempts and has nailed at least three shots from long-range in each of those contests. If the Suns are going to win this game, Booker is going to need to have a big game, which should play right into our hands.

Key Trend: Booker has scored at least 28 points in two of his four games in the series

I believe that trend continues as the Maple Leafs have the advantage of home ice in Game 5. Over their past 51 games, the Maple Leafs are 36-15 when they're the home favorites. One of the main reasons I like Toronto in this spot is the fact that goaltender Jack Campbell has played great on his home ice. Campbell has compiled a 19-5-1 record with a 2.22 goals-against average and a .924 save percentage in 26 home starts this season. In both of the Maple Leafs' wins in this series, Campbell has allowed a grand total of two goals. I'd be shocked if Campbell produced another outing in which he surrendered five goals.

The key for the Maple Leafs could be getting out to an early advantage. If Toronto can grab an early lead as they did in Games 1 and 3, I have no doubt that the Maple Leafs will come out on the winning side this time around.

Key Trend: The Maple Leafs are 5-1 in their last six games after allowing five or more goals in their previous game