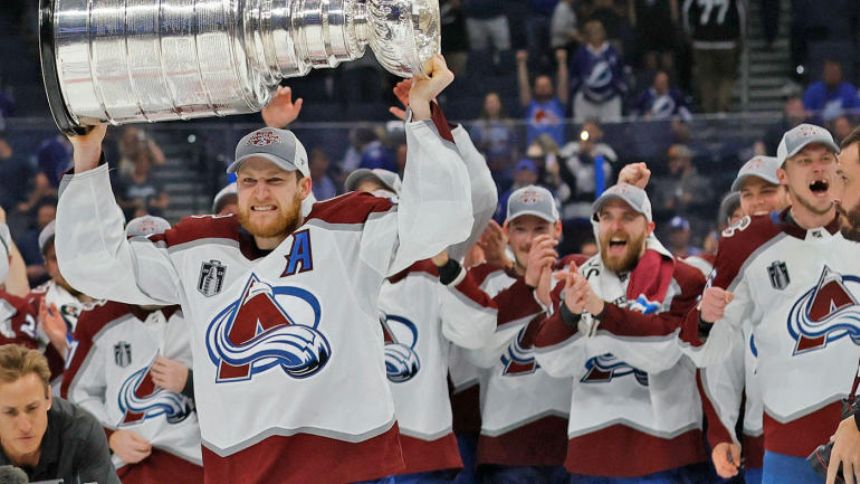 Nathan MacKinnon is officially the highest-paid player in the NHL. On Tuesday, the Colorado Avalanche star signed an eight-year contract extension with the team that will pay him $12.6 million per season.

MacKinnon was slated to become an unrestricted free agent following the 2022-23 season.

During Thursday's NHL/NHLPA media tour near Las Vegas, MacKinnon revealed that he felt that

"We're pretty close," MacKinnon said at the time. "I'd prefer it to be done. It gets emotional. You feel like it's personal sometimes. I'd like to get it done just so it's not a distraction at all."

MacKinnon is fresh off of a season in which he helped lead the Avalanche to their first Stanley Cup since 2001. The star center registered 88 points (32 goals and 56 assists) during the regular season while also adding 24 points (13 goals and 11 assists) throughout the Stanley Cup Playoffs. The Avalanche center has also been named a Hart Trophy finalist for league MVP in two of the last three seasons.

Colorado has already re-signed winger Valeri Nichuskin to an eight-year, $49 million extension and winger Artturi Lehkonen to a five-year, $22.5 extension. In addition, 2022 Norris Trophy-winning defenseman Cale Makar is locked up through the 2026-27 season after signing a six-year, $54 million deal in 2021.