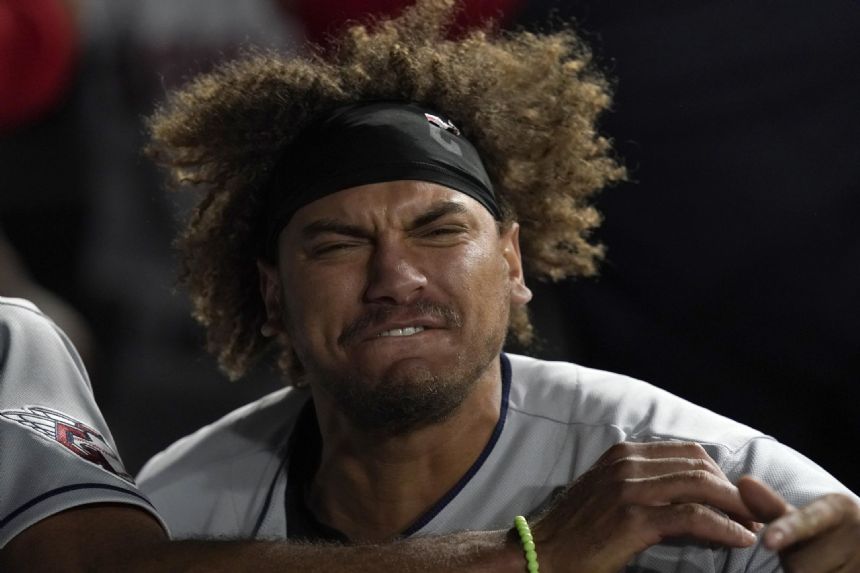 CHICAGO (AP) - Josh Naylor hit a tying grand slam with two outs in the ninth inning and a three-run homer in the 11th, powering a huge comeback that carried the Cleveland Guardians past the Chicago White Sox 12-9 on Monday night.

Naylor also had a run-scoring double in the eighth and finished with eight RBIs for the Guardians, who stunned Chicago by rallying from an 8-2 deficit in the ninth aided by two White Sox errors.

Andres Gimenez led off the inning with a homer and then doubled home a run in the 10th as the Guardians snapped Chicago's six-game winning streak. They have won eight of 10 following a seven-game skid.

It was the first multi-homer game for Naylor, back from a horrific leg injury last season. He is 10 for 17 with runners in scoring position this year.

Naylor launched his first career slam off Liam Hendriks, handing the All-Star closer his first blown save since April 8.

Naylor's go-ahead drive came off Ryan Burr and barely cleared the right-field fence. Burr (0-1) started the 11th in place of Reynaldo Lopez, who felt lower back tightness while warming up and left the game.

Emmanuel Clase (1-2) allowed a run in the 10th but earned the win. Trevor Stephan pitched a perfect 11th for his second major league save and first this season.

White Sox starter Michael Kopech allowed two hits through six innings and Chicago got three-run homers from Gavin Sheets and AJ Pollock to build a big lead. But four errors, which tied a season high set April 20 in the first game of a doubleheader, haunted the White Sox.

The White Sox loaded the bases on three walks in the bottom of the ninth, but third baseman Jose Ramirez made a diving stop and Naylor stretched far at first base to field the throw for the final out of the inning.

The game marked the return of Moncada and the White Sox debut of reliever Joe Kelly. Moncada hadn't played this season because of a right oblique strain. Kelly, who was out due to a right biceps nerve injury, pitched a scoreless seventh.