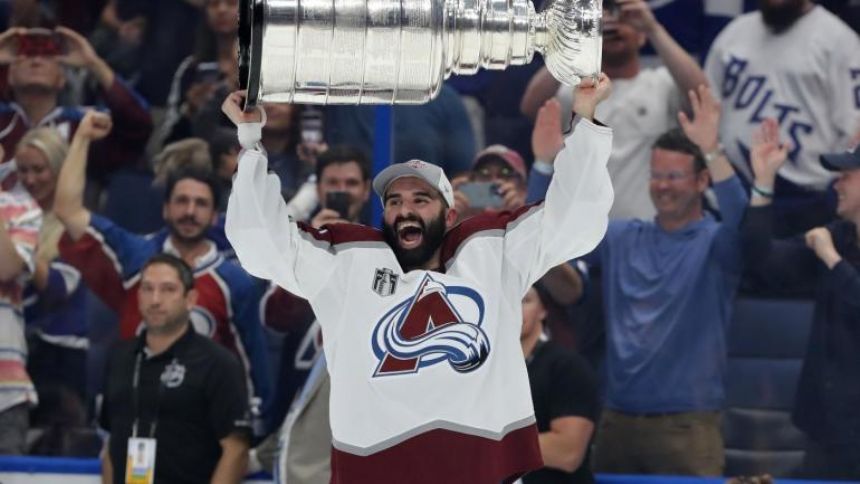 The Calgary Flames'are reportedly closing in on the top remaining free agent on the market. On Thursday, multiple reports indicated that the Flames and free agent center Nazem Kadri have agreed to a contract, which TSNis reporting will cover seven years.

Kadri is coming a season in which he registered 87 points (28 goals and 59 assists) with the Colorado Avalanche. During Colorado's Stanley Cup run, the 31-year old scored seven goals while dishing out eight assists in 16 postseason contests.'

The veteran center did miss time during the Stanley Cup Playoffs after he was cross-checked by Edmonton Oilers winger Evander Kane in Game 3 of the Western Conference Final. Kadri was forced to have thumb surgery and missed four games before returning to play in Game 4 of the Stanley Cup Final. The Avalanche star scored the game-winning goal that lifted Colorado to a 3-2 overtime win in Game 4.

Kadri spent the first 10 seasons of his NHL career with the Toronto Maple Leafs after the franchise selected him with the No. 7 pick in the 2009 NHL Draft. In July 2019, Kadri was traded to the Avalanche in a deal that sent veteran defenseman Tyson Barrie to the Maple Leafs.

In order to make room for Kadri, the Flames are reportedly looking to move the contract of veteran center'Sean Monahan,'according to ESPN's Kevin Weekes. Monahan is due to make $6.3 million during the 2022-23 season, but is in the final year of a seven-year, $44.6 million contract that he signed with the Flames back in 2016. '

Over the course of his career, Kadri has racked up 219 goals and 293 assists while adding 19 goals and 25 assists during the postseason.'