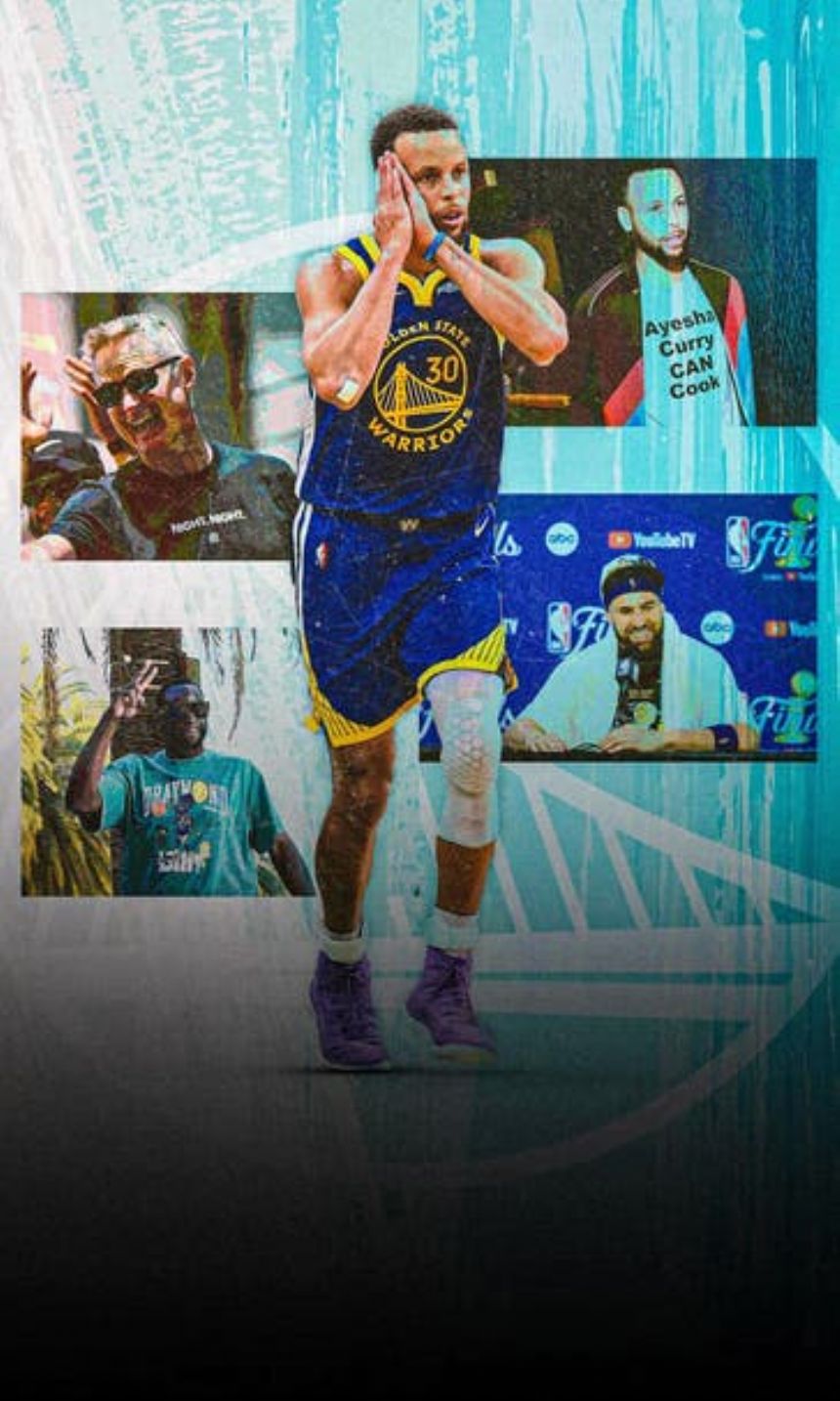 Draymond Green finished his speech at the Warriors' championship parade on Monday by thanking his fans - and adding a message to his haters.

"I just want to thank y'all and, as always, f--- everyone else," Green said as his teammates smiled and clapped.

When Klay Thompson took the microphone next, he jokingly took a shot at his teammate: "Real mature, Draymond," Thompson said. "That guy has the maturity level of a third-grader."

That exchange was obviously light-hearted and done with pure love, but Green's comment was a perfect example of the so-called pettiness that went on throughout the NBA Finals, which some have found hilarious and endearing - and others have found surprising and even a bit upsetting.

According to Stephen A Gonzalez, who is an executive board member for the Association for Applied Sports Psychology, pettiness can actually be a very useful tool for motivation.

"A level of pettiness absolutely can serve as rocket fuel," Gonzalez said. "But as we know, rocket fuel burns very, very quickly, and it doesn't last very long."

The Warriors needed some extra motivation this postseason to help resurrect themselves from the dead. The resounding narrative heading into this season was that they were done. Kaput. The dynasty was over.

After all, they had missed the playoffs two years in a row, finishing with the worst record in the league in 2019-2020. And their stars were considered over the hill, with Steph Curry (34), Green (32) and Thompson (32) each nearing retirement-home age in basketball years.

So, in the final stretch of the postsesaon, the Warriors embraced their inner petty in all its glory.

After Game 5, Curry wore a T-shirt that read, "Ayesha Curry Can Cook" in response to a sign near TD Garden in Boston that claimed that his wife, well, couldn't.

Then, after Game 6, he held zeroes over his eyes to make fun of ESPN analysts Kendrick Perkins and Domonique APworth, who made the same hand gesture in August when talking about how many more championships they thought the Warriors would win over the next four years.

And the day of the championship parade, Curry posted a photo of himself holding the Larry O'Brien trophy, as well as his awards for Finals MVP and Western Conference finals MVP, with the words: "What they gonna say now?" It was a direct shot to the two biggest critiques he had recently received, namely, he could no longer carry a team to a championship, and he wasn't clutch enough when it counted most because he had never won a Finals MVP.

As for Thompson, his petty came out after the Warriors clinched their fourth title in eight years following Game 6. While being interviewed, unprovoked, he expressed his annoyance at Memphis Grizzlies forward Jaren Jackson Jr., who had tweeted in March "Strength in numbers" after beating the Warriors in a regular-season game. The tweet was a shot at the Warriors' old motto, and it apparently ate at Thompson for months.

As for Green, he dished it out just as much as he took it. During every road game In Boston, there would be a deafening chorus of around 18,000 fans at TD Garden chanting "F--- you, Draymond." It deeply bothered his wife and some of his teammates. The only person who wasn't offended? Green himself.

It didn't take long for his teammates to find the humor in it, too. In fact, after they won the title, they all chanted "F--- you, Draymond" in their locker room as they sprayed champagne bottles on each other.

When asked about that chant, Kevon Looney joked, "Draymond been yelling at us all year, too," as both he and Otto Porter Jr. erupted in laughter.

Green, of course, got the last laugh when it came to Celtics fans.

He went on to mock the franchise falling short of its 18th title by wearing a shirt with squares of its 17 banners - and a blank square, in which he wrote in Sharpie, "Nope!! Maybe in '23."

The funny part of it all is that at least two of the Warriors' Big Three have never been considered petty. Curry is known as a guy who exudes joy and hardly engages in trash talk. Thompson is a man of few words who prefers hanging out with his dog more than humans. Green, however, has long been the fiery soul of the team, who would sometimes push boundaries.

But in the NBA Finals, all of the Warriors' stars embraced their petty - and, quite frankly, it was a lot of fun.

"Does it humanize people a little bit?" Gonzalez asked. "Absolutely, it does. Does it engage the fans a little bit more? Yeah, it totally does."

Gonzalez added that it makes complete sense that the Warriors had fun with some pettiness during their late-postseason push, even adding that pettiness can be beneficial in multiple ways.

Not only can it give players some extra umph, but it can also deflect attention away from their performances and onto their words. Players are under such an intense microscope during the championship round that perhaps it's nice for millions of people to be chatting about something they said versus focusing on every little thing they've done wrong over the course of a series.

Pettiness, of course, is a long-used strategy.

In fact, many of the all-time greats were experts at channeling its strength to their benefit.

Kobe Bryant used to replay criticism in his head as he shot alone in the gym. Michael Jordan is infamous for saying, "I took that personally," a slogan he repeated multiple times in the documentary, "The Last Dance." And LeBron James often tweets the words "Washed King" after he breaks records as a dig at anyone who thought he was past his prime.

But Gonzalez said that while pettiness is a great source of motivation, it can't be the main driver or athletes will eventually lose steam. In other words, their internal desire to be great needs to outweigh their external motivations.

Of course, all of those superstars were also incredibly famous for their never-ending desire to be the best, a quest that had more to do with proving something to themselves than others.

"It's a good short-term, but it is not a long-term solution," Gonzalez said of pettiness. "To do it in spite of others and have that be your only source long term, research is pretty clear - that does not last very long."

For the Warriors, this level of pettiness has been relatively new.

And it has been a heck of a lot of fun for most people, likely excluding parents with young kids who aren't able to bleep out their expletives or the players' wives who have had to absorb the fines for their slips of tongue.

But, the Warriors' pettiness could make them even more of a target next season. They're the good guys gone bad. They're no longer the darlings of the league whose superstars have surprised everyone by defying the odds. They're now the trash talkers, who derive untold pleasure from crushing everyone who didn't believe in them.

That being said, the pettiness isn't going to stop any time soon.

Green made that abundantly clear the past few days by blasting the team's doubters over social media. And at the championship parade, he emphatically proclaimed that he's going to continue to enjoy his latest favorite pastime.

"I told y'all don't let us win a f---ing championship," he said, "and clearly nobody could stop it. I warned y'all."

Melissa Rohlin is an NBA writer for AP Sports. She previously covered the league for Sports Illustrated, the Los Angeles Times, the Bay Area News Group and the San Antonio Express-News. Follow her on Twitter at @melissarohlin.