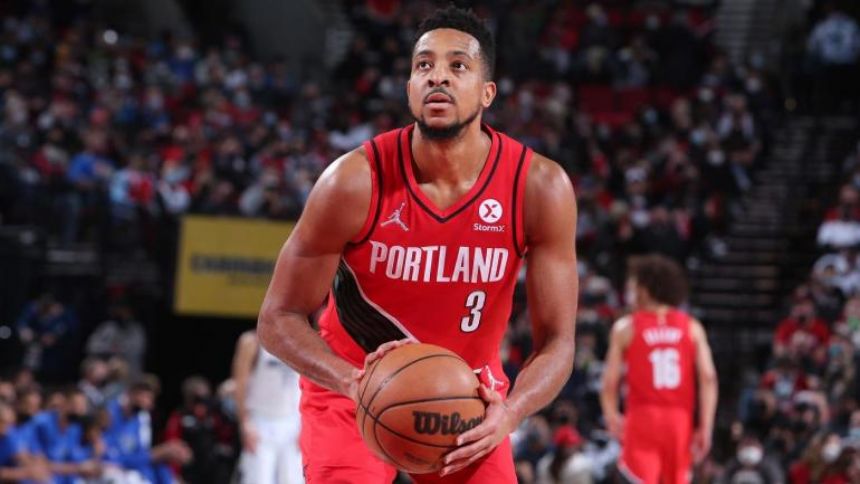 Former Portland Trail Blazers GM Neil Olshey long resisted breaking up the Damian Lillard-CJ McCollum backcourt, but Olshey is out and interim GM Joe Cronin is now calling the shots. With the Blazers' season pretty much in the tank, it sounds like McCollum could finally be on his way out if a reasonable offer comes in.

When it was announced recently that Portland's Lillard was headed for abdominal surgery, I remember a rival executive asking me if I was ready for "the Anfernee Simons audition." I really hadn't given it much thought, but Simons sure was. The restricted free agent-to-be is averaging 24.2 points and has made 4.6 3-pointers per game in January to spark some of the loudest speculation yet in the Pacific Northwest that the Trail Blazers are finally ready to break up the Lillard/CJ McCollum partnership that former team president Neil Olshey considered sacred for so long to make room for a re-upped Simons.

Indeed, Simons has beenon a tear. He started the month putting up 43 points on nine 3-pointers against the Hawks. Simons has shown flashes of All-Star potential, but former coach Terry Stotts didn't fully trust him and his playing time, and by extension his performance, was never consistent.

With Lillard and McCollum both missing significant time this season, Simons has gotten his chance under new coach Chauncey Billups, and he's taken full advantage. If the Blazers think this kind of production is real from Simons rather than a small-sample deception, the idea that Simons could reasonably step in as a No. 2 scorer next to Lillard makes McCollum more expendable.

That said, trading McCollum probably shouldn't be dependent on whether Simons can replace his production. If the Blazers weren't a true contender with Lillard and McCollum, they're not going to be on with Simons and Lillard.

The goal is use whatever assets you have to bring back as much value as possible, and right now, McCollum, unless you're going to trade Simons, is the best asset the Blazers have. Keeping the core of this team intact just doesn't make sense anymore. We'll see if Portland gets an offer worth taking fort McCollum ahead of the February 10 deadline.