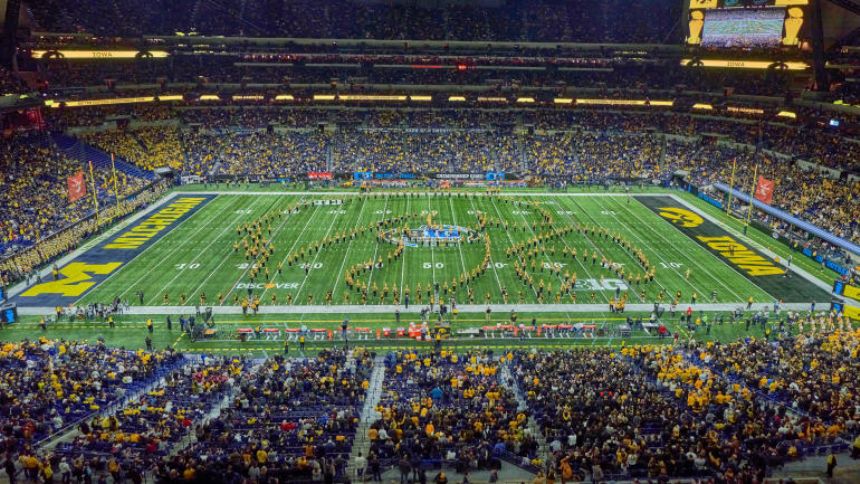 The NCAA Football Oversight Committee has made new recommendations to remove the requirements for conference championship games and allow a two-year waiver for unlimited recruiting classes. Both initiatives, announced on the same day the NCAA's Board of Directors , will come to the Division I Council to be formally ratified later this month.'

Removing championship game guardrails is considered noncontroversial and will likely be rubber stamped, giving conferences additional flexibility in approving new ways to crown a champion. Most notably, the change would allow conferences to eliminate divisions, an idea that has has grown in popularity in recent years.'

Present NCAA rules mandate that any football conference with 12 or more members must hold a championship game and split teams into divisions with round-robin seasons for divisional opponents. The NCAA passed legislation in 2016 allowing conferences with fewer than 12 members to hold conference championship games, clearing the way for the 10-member Big 12 to hold a title game between its top two teams from the regular season.'

A more significant development, especially in the midst of the transfer portal era, would be the two-year blanket waiver to eliminate the 25-man initial scholarship counter. Programs are only allowed to add 25 scholarship football players per recruiting cycle between high school recruits and transfers. However, a period of major transition can decimate a roster and render it unable to meet the 85-man scholarship limit. The extra COVID year of blanket eligibility only complicated scholarship counts, especially as players transferred to use a fifth or sixth season.'

Perhaps the most notable instance of the scholarship counter digging a program into a deep hole came after Charlie Weis was fired from Kansas four games into the 2014 season. Thirty-nine scholarship players remained when his successor, David Beaty, joined the Jayhawks --' a number that fell to 28 by spring ball. The scholarship hole has followed Kansas for a decade at this point; the Jayhawks have a combined 11-70 record since Weis was fired.'

If the waiver passes, it will allow programs to fill those holes much more quickly over a two-year period. Perhaps just as notably in the transfer portal age, it could allow more high school recruits to find FBS opportunities in a suddenly more transfer-happy market.'