Ndamukong Suh wants to continue NFL career, but says 'It looks like the Bucs are out of the picture' 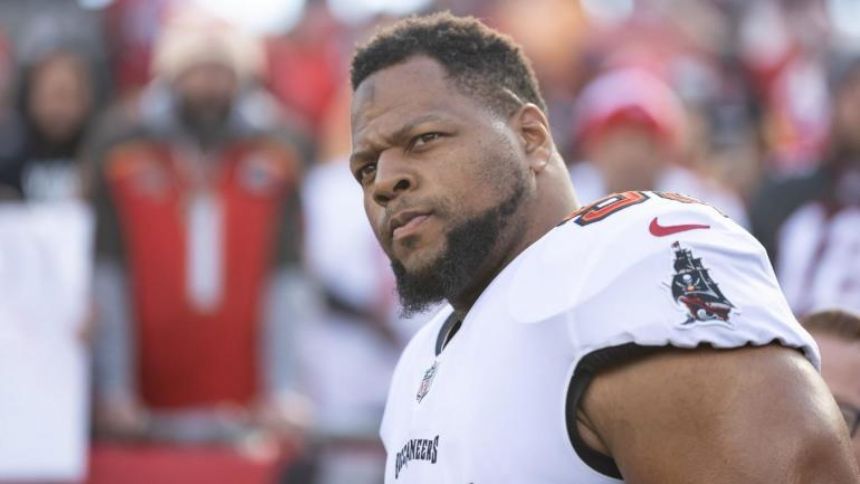 Free agent defensive tackle Ndamukong Suh's future is unknown in the NFL, but he does not imagine the Tampa Bay Buccaneers will be his team going forward. Suh joined the Bucs in 2019 and was with them until 2021, winning Super Bowl LV during his time there.

The 35-year-old spoke about where he imagines himself playing next year on'ESPN2's "NFL Live"'on Monday, saying, "It looks like the Bucs are out of the picture."

His sentiments do not come out of nowhere. The Bucs signed defensive tackle Akiem Hicks earlier this month, sending a message to Suh. He still wants to keep playing and believes he has more in the tank, but where he will end up, if anywhere, is still unknown.

Suh's three deals with Tampa Bay were all one-year deals, worth $9.25 million, $8 million and $9 million in 2019, 2020 and 2021, respectively. He previously played for the Detroit Lions, Miami Dolphins and Los Angeles Rams'after being drafted with the second pick of the 2010 NFL Draft.

Suh is a former Defensive Rookie of the Year, three-time first-team All-Pro and five-time Pro Bowler, with his last appearance in 2016.