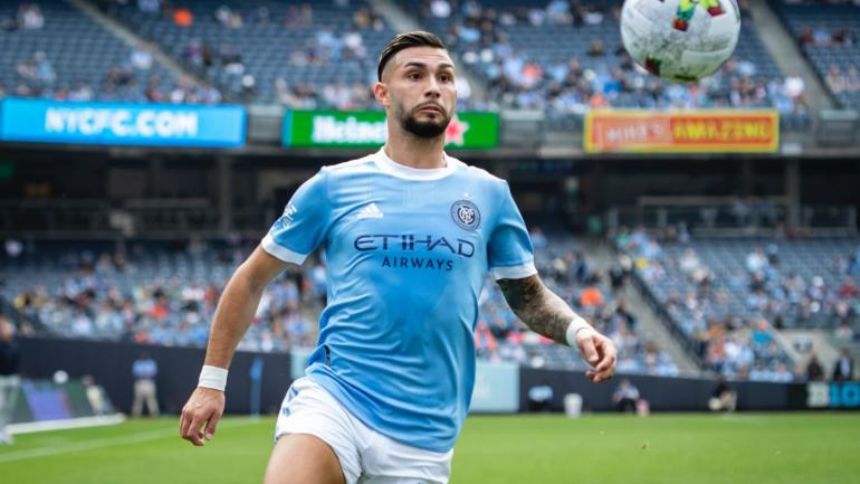 The top two teams in the Eastern Conference of MLS square off when the New York host rival in a quarterfinal for the U.S. Open Cup on Wednesday at Red Bull Arena. NYCFC (8-3-3) sits atop the conference with 27 points. The Red Bulls (7-4-5) are just one point behind. This will be the first meeting between the Hudson River Derby rivals this year. Though Wednesday's match will not affect the MLS standings, the winner will advance to the semifinals of the U.S. Open Cup, the oldest prize in American soccer.'

Kickoff is at 8 p.m ET. NYCFC is the slight +150 favorite in its latest NYCFC vs. New York Red Bulls odds from Caesars Sportsbook, with the Red Bulls the +160 underdogs. A draw is priced at +230. The over-under for total goals scored is 2.5. Before you lock in your New York Red Bulls vs. NYCFC picks or U.S. Open Cup predictions, you need to see what proven soccer insider Martin Green has to say.

After working in the sports betting industry for several years, Green became a professional sports writer and handicapper and has covered the game worldwide. Since then, his European soccer picks have been stunningly accurate. Green has generated well over $37,000 for $100 bettors since the 2017-18 season, and he has his finger on the pulse of the game all over the globe.

Now, Green has broken down NYCFC vs. Red Bulls from every angle and just revealed his picks and predictions. You can head to SportsLine now to see Green's picks. Here are the betting lines and trends for Red Bulls vs. NYCFC:

Why you should back NYCFC

NYCFC is on a roll. The reigning MLS Cup champions are unbeaten in their last 12 matches in all competitions, a stretch that began in mid-April. They have outscored their opponents 26-7 over that stretch.

In addition, NYCFC faces a Red Bulls club that has struggled at home this season. The Red Bulls have just two wins in eight matches at Red Bull Arena. That's tied for the fewest home victories in all of MLS.

Why you should back the New York Red Bulls

The Red Bulls have had success against NYCFC recently. In fact, they are unbeaten in the last three renewals of the Hudson River Derby, with two victories and one draw. In the last meeting in October, NYCFC dominated possession (63 percent), but an early goal from Cristian Casseres handed the Red Bulls a 1-0 win.

In addition, the Red Bulls face an NYCFC club that has not been as good on the road as it has been at home this season. NYCFC is 2-2-1 in five road matches this year versus 6-1-2 at home. NYCFC is 0-5-2 in its last seven matches at Red Bull Arena and hasn't won there since June 2017.

How to make picks for NYCFC vs. New York Red Bulls

Green has broken down this match from every possible angle, and while he is leaning over on the goal total, he has locked in a pair of best bets, including one that returns plus money. You can only see his U.S. Open Cup picks and predictions at SportsLine.

So who wins NYCFC vs. New York Red Bulls? And where does all the betting value lie? Visit SportsLine now to find out which wagers in New York Red Bulls vs. NYCFC have all the value, all from the soccer expert who has generated well over $37,000 for $100 bettors since the 2017-18 season, and find out.