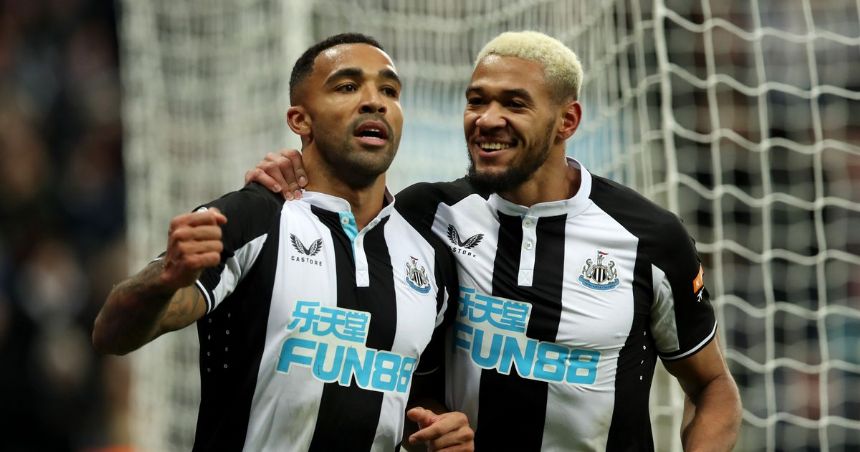 NEWCASTLE, England (AP) - Callum Wilson scored late in the first half and Newcastle went on to beat Burnley 1-0 for its first victory in this English Premier League on Saturday.

Newcastle ended a 14-game winless run and earned desperately needed points as it tries to climb out of the relegation zone.

Burnley had been unbeaten in five games but could muster only one shot on target at St. James' Park.

Wilson scored in the 40th minute after Burnley goalkeeper Nike Pope couldn't control Joe Willock's cross. Pope came out to the penalty spot to snatch the ball out of the air but on his way down collided with Newcastle's Fabien Schar and dropped the ball. Wilson took one touch around Pope and and fired high into the net.

Newcastle, which has recently come under Saudi ownership, moved one spot off the bottom of the table, bumping Norwich into last place with Burnley in 18th - all with 10 points.

Burnley thought it equalized in the 84th but forward Jay Rodriguez's tap in was ruled out because he was offside. Matej Vydra skied a half-volley over the crossbar in first-half injury time for the visitors.

Newcastle dominated the second half with lively play from attackers Allan Saint-Maximin and Miguel Almiron. Jonjo Shelvey's curling shot to the far post was tipped over by Pope in the 79th.

The win was also the first for Newcastle's new manager, Eddie Howe, who was hired last month to replace the fired Steve Bruce.