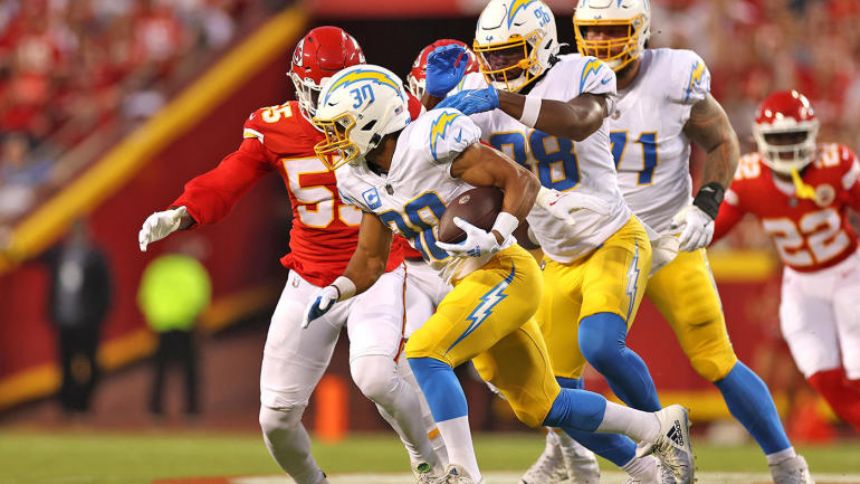 The Denver Broncos were hoping to take a major step forward offensively this season after acquiring veteran quarterback Russell Wilson from Seattle. That has not been the case through the first two weeks of the campaign, as the Broncos have scored just 16 points in each game. They have a tough matchup against San Francisco on Sunday night during the Week 3 NFL schedule, with the game lined at a pick'em in the latest Week 3 NFL odds at Caesars Sportsbook. Should you avoid that game with your Week 3 NFL office pool picks?

There is not a single team favored by more than one touchdown this week, creating a tricky schedule for your NFL confidence pool picks. Before you make your NFL predictions, you need to see the Week 3 NFL football pool picks from SportsLine's proven model.

More importantly for NFL confidence pool players, the model also ranked in the top 10 on NFLPickWatch four of the past six years on straight-up NFL picks and beat more than 94% of AP Sports Football Pick'em players four times during that span. Anyone who has followed it is way up.

Now, the model has simulated the entire Week 3 NFL schedule 10,000 times and generated its optimal NFL pick'em plays.'Go to SportsLine to see them now.

One of the top Week 3 NFL predictions from the model: The Los Angeles Chargers (-7) comfortably beat the Jacksonville Jaguars. Los Angeles is as battle-tested as any team through the first two weeks of the season, as it had divisional games against the Raiders and Chiefs. The Chargers picked up a 24-19 win over Las Vegas before staying within the spread in a 27-24 loss to Kansas City.

They are on extra rest and have had additional time to prepare for this game after playing last Thursday, giving them an edge over the Jaguars. This is a letdown spot for Jacksonville, which is coming off a decisive 24-0 win over Indianapolis in Week 2. The Jaguars have only picked up one win in their last nine games against the Chargers, one reason why the model has Los Angeles winning almost 70% of the time.'See the rest of the model's Week 3 NFL pool picks here.

The model also made the call on every other Week 3 NFL game and has strong picks for potentially close matchups like 49ers vs. Broncos and Titans vs. Raiders. It's also calling for another underdog to pull off an upset and several big favorites to struggle more than expected. You can only see all of the model's NFL pool picks here.

So who should you pick in every Week 3 NFL game? And which underdog pulls off a huge upset? Visit SportsLine now to get optimal NFL office pool picks, all from the advanced computer model that has ranked in the top 10 on straight-up picks four of the last six years and went an outstanding 139-102 on top-ranked picks against the spread since 2017.