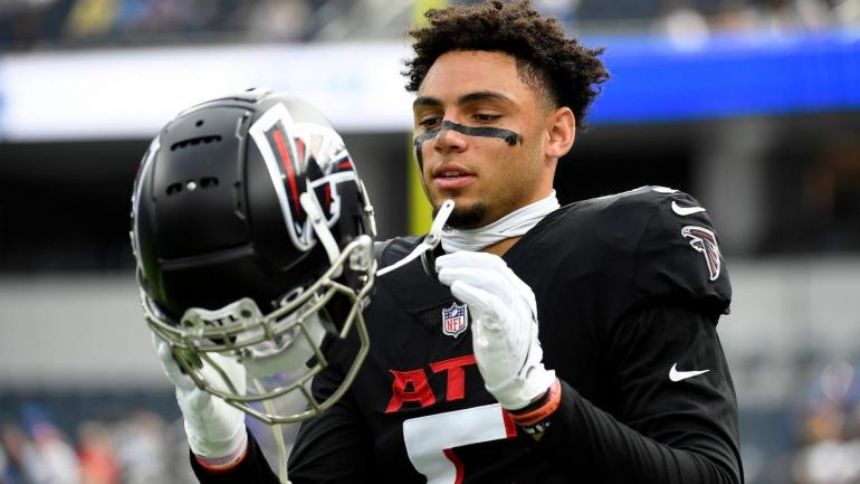 The NFL has embraced its transition to a more pass-happy attack. The league's receiving leaders are littered with first- and second-year players like Ja'Marr Chase, Jaylen Waddle, Amon-Ra St. Brown and others. A year ago, Chase became the first wide receiver to win Associated Press Offensive Rookie of the Year since Odell Beckham Jr. in 2014.'

Through two games of the 2022 regular season, it appears the youth movement is continuing with some very talented pass catchers -- even as the Lions' Jameson Williams remains sidelined with an injury sustained during the College Football Playoff.'

APSports.com looks at the early-season production of rookie wide receivers and their places on their respective rosters:

Atlanta's pass game boils down to two players: tight end Kyle Pitts and London. Each has tremendous size, exposure to playing the boundary and production. A year ago, Pitts became the second tight end in NFL history to surpass 1,000 receiving yards as a rookie, in addition to breaking Julio Jones' franchise rookie receiving record. Through two games, he has just four receptions for 38 yards. Meanwhile, London has clearly established himself as the top receiving option for quarterback Marcus Mariota.'

London has been targeted on 19 of Mariota's 59 pass attempts (32.2% target share). He has 13 receptions for 160 yards and one touchdown. The USC product was APSports.com's third-highest rated wide receiving talent available in the 2022 NFL Draft and the No. 12 prospect overall. If the Falcons are able to get a top quarterback prospect and wide receiver Calvin Ridley re-joins the equation, Atlanta could feature one of the most promising skill groups in the NFC.

Entering the season, many expected second-year wide receiver Elijah Moore to break out and emerge as the team's primary outlet. Moore's numbers to open the season are respectable, but the rookie may have hurdled him in the eyes of veteran quarterback Joe Flacco. Wilson has been the target on 22 of Flacco's 103 pass attempts (21.4%) and leads the team in touchdown receptions (two). His footwork to quickly create separation has made him difficult to defend in the red zone. There were a few opportunities to pad his stats, but Flacco was on a different page.'

Watch the bottom of your screen ?? @GarrettWilson_V#NYJvsCLE on AP pic.twitter.com/WCkCuFgwV8

The potential Mento in the bottle of Coke could come in a matter of weeks when Zach Wilson is scheduled to return. Will the second-year quarterback continue favoring the rookie, or will his relationship with Moore lead to an increase in target share for the latter? At the end of the day, Wilson's confidence and footwork will ensure that he is at worst the second option for the AFC East franchise. He was APSports.com's top-rated wide receiver in the draft and the No. 7 prospect overall.'

New Orleans gave up a lot to make the selection of Olave possible, but how would it work with Michael Thomas and Jarvis Landry? The veterans have made a living catching slants and sitting in zones. Out of necessity, Olave would almost have to be the vertical option. The assumption was proven correct, as the rookie is averaging 15.13 yards per catch, which ranks No. 20 among all pass catchers with at least four touches. Landry (12.64) and Thomas (11.09) rank lower. Despite a clear role, the targets are relatively even among those three players. Each has between 14-17 targets from quarterback Jameis Winston.'

The most likely outcome is that Thomas and, to a slightly lesser degree, Landry, are the primary targets of Winston for the majority of the season. Big plays from Olave will be sprinkled in along the way.

Target share has been a defining statistic used in the article to this point, but gut instincts come into play with the Commanders. A healthy Curtis Samuel has been targeted on 20 of Carson Wentz's 87 pass attempts. Five other players have between 10-12 targets, with Dotson being one of them.'

Three of Dotson's seven receptions have gone for touchdowns. Strong hands and a large catch radius were two notes made when studying the Penn State product prior to the 2022 NFL Draft. It is safe to say both have translated to the professional level.'

Jahan Dotson is kinda insanely good already. The patience on the route to get the DB to commit outside, creating space to break inside is good. But the catch is just incredible. Check the end zone angle pic.twitter.com/dNeeVdFmbL

The trade of A.J. Brown cast lofty expectations on Burks before he ever stepped foot in team headquarters. It was a bit of a rough start for the rookie during training camp, but Tennessee has force fed him touches early in the season. He leads the team with 11 targets, and seven of those have been converted into 102 yards. On the year, quarterback Ryan Tannehill has attempted just 53 passes. The team identity revolves around the run game, but Burks is responsible for keeping defenses honest. He is the top receiving option in Tennessee. He has to be. Who else would take on that role: fellow rookie Kyle Phillips or Robert Woods? Dotson and Wilson do a better job of creating opportunities for themselves, but Burks is going to have his chances.