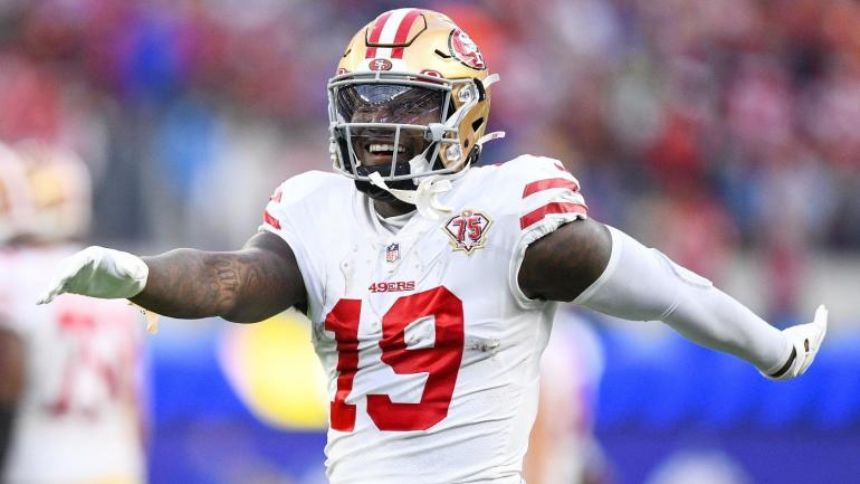 Welcome to the Super Wild Card Weekend edition of the Pick Six newsletter!

After a two-day hiatus, I am back in the saddle for today's newsletter and I'm back just in time for the playoffs! As the resident Bengals homer here at AP Sports, I had to take two days to mentally prepare for Saturday's game against the Raiders.

The best part about that game is that no matter who wins, one of the NFL's longest playoff droughts will be ending. The Bengals haven't won a playoff game in 31 years, while the Raiders haven't won a postseason game in 19 years. Those are two of the four longest active droughts in the NFL. Every other team in this year's playoff field has won at least one postseason game since 2015 (The Bengals, Raiders, Lions and Dolphins are the only teams that haven't won at least one playoff game since 2005).

With the playoffs starting, that means we'll be bringing you plenty of playoff picks today, plus we'll also be ranking the best possible Super Bowls and looking at our final MVP vote of the year.

Remember, if you're hanging out with family and/or friends this weekend, you should tell them all to sign up for the newsletter. To get them signed up, all you have to do isclick here and then share this linkwith them.

For today's podcast, Will Brinson rounded up R.J. White and Pete Prisco so they could argue about who's going to win every game being played this weekend, and of course, it's an especially big weekend since it's SUPER WILD CARD WEEKEND.

The three guys spent nearly 60 minutes going over the best bets for every single wild card game and we're going to cover three picks from each person below.

Pete Prisco(Prisco is all-in on underdogs this week, which arguably makes sense seeing that underdogs are 15-3 against the spread since 2017).

R.J. White (R.J. is going big on props this week instead of actual game picks)

To hear the rest of the best bets for Super Wild Card Weekend -- and there are quite a few -- be sure to click here so youcan listen to the entire episode of the podcast. You can also watch the trio give out their picks on YouTube by clicking here.

Going into the offseason, it looked like the Jaguars were the most inept team in the NFL, but now it appears the Texans are coming hard for that title after dumping David Culley on Thursday. The Texans coach was fired after just one season with the team.

This probably ranks as the second most inexplicable firing of the year, behind only Miami's decision to dump Brian Flores. Not only did Culley have to deal with the Deshaun Watson situation during the offseason, but he also had to coach a decimated roster after the Texans dumped several high-profile players. Despite having the deck stacked against him, Culley still managed to win four games, which is wild, because that's how many the Texans won WITH Watson as their QB in 2020.

Here are a few details on Culley's situation.

Unless some team gets completely crazy, Culley's firing will likely be the last one we see this offseason.

This is the final newsletter of the week, which means this is the newsletter where I'm going to give you more picks than you can possibly handle. Over the past 48 hours, we've had multiple writers make their picks for the wild card round and I'm going to share those picks with you right now.

The picks below will be coming from Tyler Sullivan, Tom Fornelli and Jordan Dajani, along with AP Sports NFL insider Jonathan Jones and Pete Prisco.

With 14 teams in the playoffs, that means there are a total of 49 different Super Bowls that could happen this year. Sure, many of those 49 don't seem very possible. For instance, there's a 99% chance we won't see a Steelers-Eagles Super Bowl, but the people of Pennsylvania will surely be rooting for that, and to be honest, if it happens, they should just move the game to Pennsylvania.

With so many different Super Bowl options on the table, Cody Benjamin decided to wade through every single possible matchup to rank the best ones.

Here are his top 10 Super Bowl matchups that he wants to see happen on Feb. 13:

I'm not sure if the Chiefs paid Cody to make this list, but it kind of feels that way since they're in five of his top 10 games. If you want to see all 13 games that Cody ranked and to find out why he has those 10 ranked at the top, be sure to click here.

We've been doing a weekly MVP vote here at APSports.com since the start of November and if our final vote of the season is indicative of how the actual MVP voters are going to do things, then Aaron Rodgers and Tom Brady will be neck and neck.

Buccaneers coach Bruce Arians recently made the case that Brady should win the award and he also added that "It's not even close." However, our voters didn't agree. In the end, we gave it to Aaron Rodgers, who beat Tom Brady by just five votes.

The votes compiled below are from 10 different writers here at APSports.com. Each writer was allowed to put five players on their ballot and a player got five points for a first-place vote, four points for a second-place vote and so on.

So if the vote is so close in our poll, why has the Packers QB appeared to have clinched the award? Rodgers received seven out of 10 first-place votes, which is notable, because the actual voters for the award are only allowed to name one person on their ballot (We named five). In that sense, Rodgers was definitely the overwhelming winner in our poll even though he only beat Brady by five votes.

If Rodgers does win the award, he would join Peyton Manning, Brett Favre, Joe Montana, and Jim Brown as the only players to win the award in consecutive years. It would also be his fourth time winning it, trailing only Manning.

One thing to keep in mind is that the vote doesn't take into account how well a player does in the playoffs. All MVP votes have to be turned in before the postseason starts.

Overall, a total of 10 players received at least one vote. If you want to see how the rest of the vote broke down, then be sure to click here.

It's been a busy 24 hours in the NFL and since it's nearly impossible to keep track of everything that happened, I went ahead and put together a roundup for you.