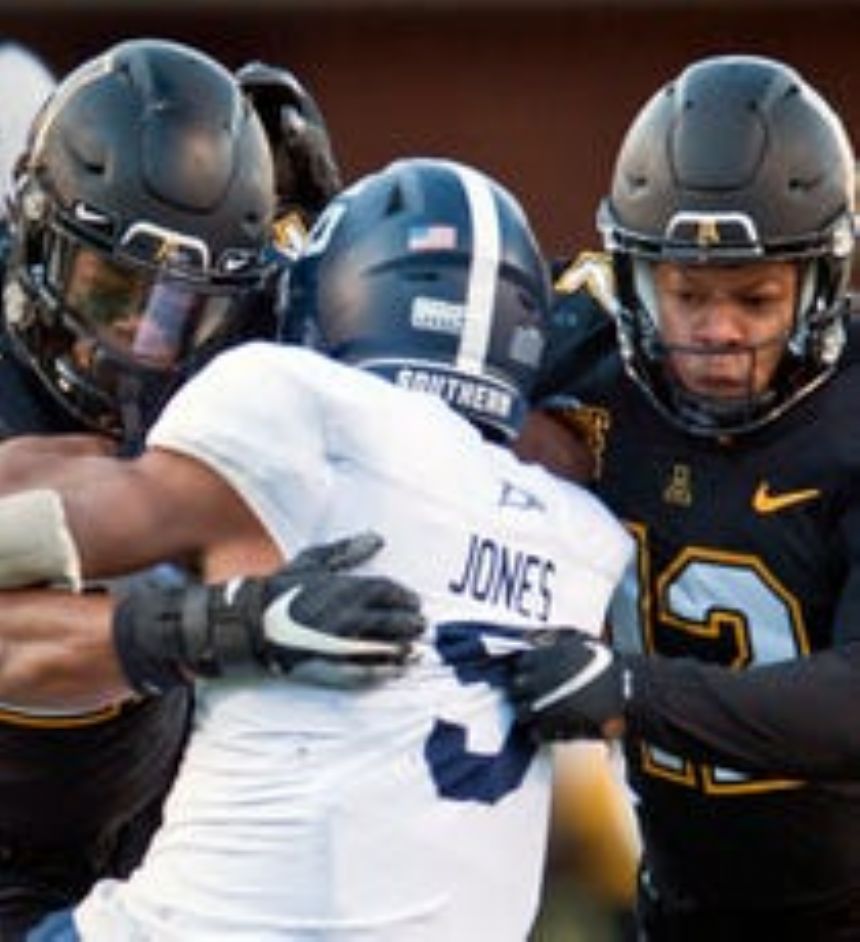 Line: Appalachian State by 2 1/2, according to FanDuel Sportsbook.

Both teams are already assured bowl bids, but Louisiana-Lafayette has never won a Sun Belt Conference championship game and wants nothing more than to do so in what could be coach Billy Napier's last game with the Ragin' Cajuns before he heads to his next job at Florida. Appalachian State is looking for its third victory in a Sun Belt title game to go with those it won in 2018 and 2019.

Appalachian State: Linebacker D'Marco Jackson's 103 total tackles include 15 tackles for loss and five sacks. He also has an interception and has been credited with eight QB hurries.

Louisiana-Lafayette: Tight end Neal Johnson caught three passes for 80 yards in a victory over Louisiana-Monroe last weekend and has been the Cajuns' top receiving tight end with 22 catches for 287 yards and a TD.

These teams met during the regular season at Cajun Field, with Louisiana-Lafayette rolling to a 41-13 victory that wound up being the Mountaineers' lone conference loss, and therefor a pivotal result in deciding the host of the title game. ... ULL and Appalachian State are the only Sun Belt teams to appear in the conference's championship game, which was first held in 2018. ... Appalachian State is the only team to win a Sun Belt title game, having won the first two before the game was called off during the pandemic-altered 2020 season. ... Shawn Clark is in his second full season as Appalachian State coach and is 20-5 with the Mountaineers. ... The Cajuns are 32-5 since the start of the 2019 season and are currently in the midst of a school-record 11-game winning streak. ... Lewis has won 33 of his 40 starts at QB with the Cajuns and also holds the school record for career TD passes with 72.