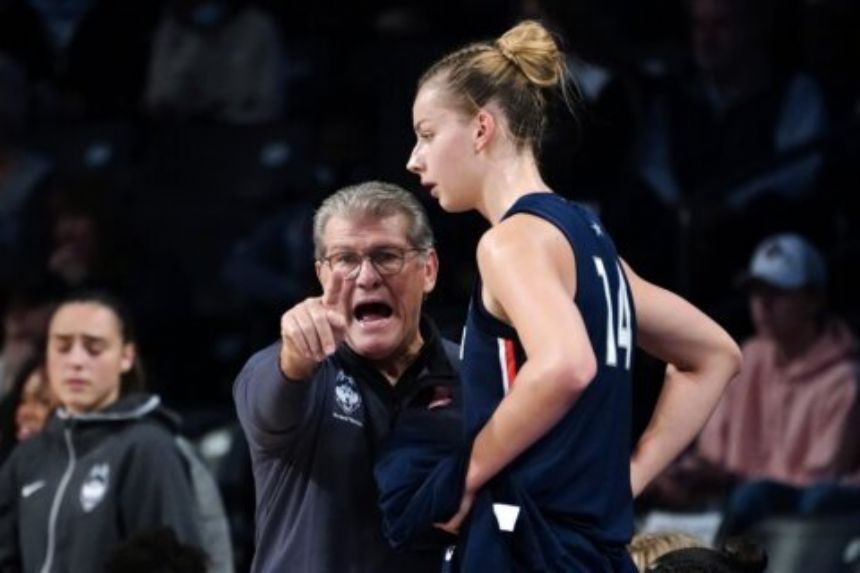 TUCSON, Ariz. (AP) - Shaina Pellington had a season-high 16 points, Cate Reese added 13 and No. 6 Arizona overcame rust and the loss of starting forward Lauren Ware to an injury in the game's first minute, beating North Dakota State 59-47 on Thursday night.

The Wildcats are 8-0 for the fifth time in school history and second time in three seasons but looked like a team playing its first game in 12 days. They shot 34.9%, their worst rate in six games, and were 3 of 17 from 3-point range.

Ware, a 6-foot-3 sophomore who was averaging 8.3 points and 5.4 rebounds per game, crumpled to the floor under Arizona's basket 33 seconds into the game, clutching her right knee and screaming in pain. She was helped off the court and into the locker room, returning to the bench just before halftime on crutches, her right leg wrapped and in a brace.

Even without Ware, Arizona dominated NDSU (4-6) in the paint, outscoring it 34-12, and converted 25 Bison turnovers into 27 points.

McCarthy returns to Cowboys: 'We're going to win this game'

The Bison went on a 9-0 run to open the fourth quarter as Reneya Hopkins made two free throws to cut the deficit to 47-42 with 6:46 left. Arizona scored the next six, including back-to-back baskets by Pellington off steals to extend the lead to 11.

Arizona led 31-21 at halftime and back-to-back transition layups by Reese extended the Wildcats' advantage to 40-26 with 4:16 left in the third quarter.

North Dakota State: The Bison were picked to finish third in the Summit League, their highest preseason ranking since 2009-10. They're seeking their first NCAA Tournament appearance since moving up to Division I in 2007.

Arizona: After not playing in nearly two weeks, the Wildcats are now in a stretch of four games in 11 days before jumping into the Pac-12 schedule. Before league play begins they will have competed in South Dakota, the U.S. Virgin Islands and Las Vegas.

North Dakota State: Continues a two-game trip with a visit to Wyoming on Sunday.