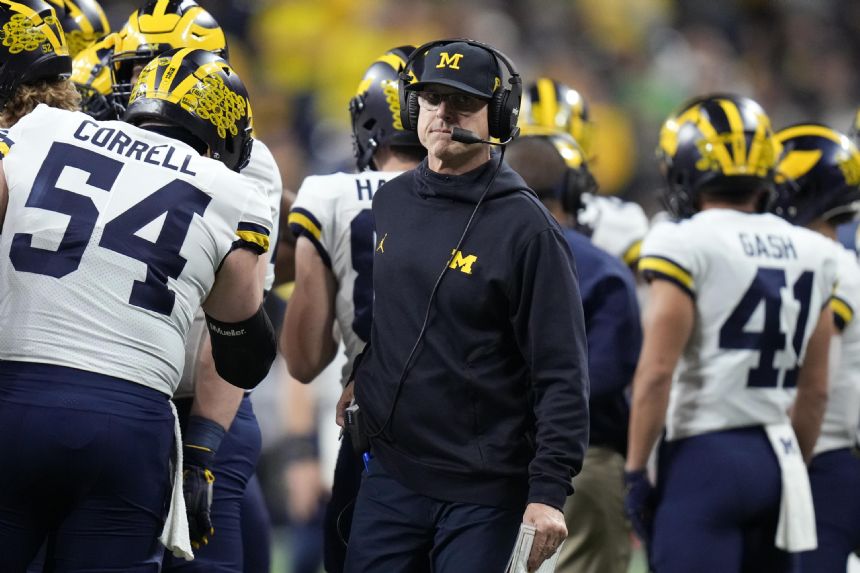 Line: Michigan by 30 1/2, according to FanDuel Sportsbook.

Michigan wants to surpass the success last year's team had, winning a Big Ten title for the first time since 2004 and earning its first trip to the College Football Playoff. To achieve lofty goals, the Wolverines can't afford to get stunned in a game that's expected to be a rout. Former Nevada coach Jay Norvell makes his debut, hoping to help the Rams stay competitive in a game they're expected to lose by four-plus touchdowns.

Michigan's run game against Colorado State's defense. The Wolverines will want to control the game with RB Blake Corum running behind a line with three returning starters and Virginia transfer Olu Oluwatimi, who was one of the top centers in college football last season.

Colorado State: QB Clay Millen. He is expected to be the first freshman to start under center for the school in an opener since Pete Thomas in 2010. The 6-foot-3, 210-pound Millen redshirted last season for Norvell at Nevada after playing in just two games. He was 2 of 3 for 18 yards against New Mexico State.

Michigan: DT Mazi Smith. The fourth-year player started all 14 games last season. He has a chance to be a star this season to help make up for the loss of Aidan Hutchinson and David Ojabo. The 6-foot-3, 337-pound Smith is described as a physical "freak" by teammates and coaches.

Colorado State has not beaten a ranked team since upsetting No. 7 Colorado in the 2002 season. ... Michigan begins the season with four home games, and has a total of eight at the Big House this season. ... Colorado State fired coach Steve Addazio last December with a 4-12 record over two years. ... The Wolverines plan to start QB Cade McNamara against the Rams and expect to play J.J. McCarthy, who is the scheduled starter next week against Hawaii. ... Joe Parker, Colorado State's athletic director since 2005, is a former Michigan swimmer and associate athletic director. ... The Wolverines beat the Rams in the 1994 Holiday Bowl in their only previous meeting.