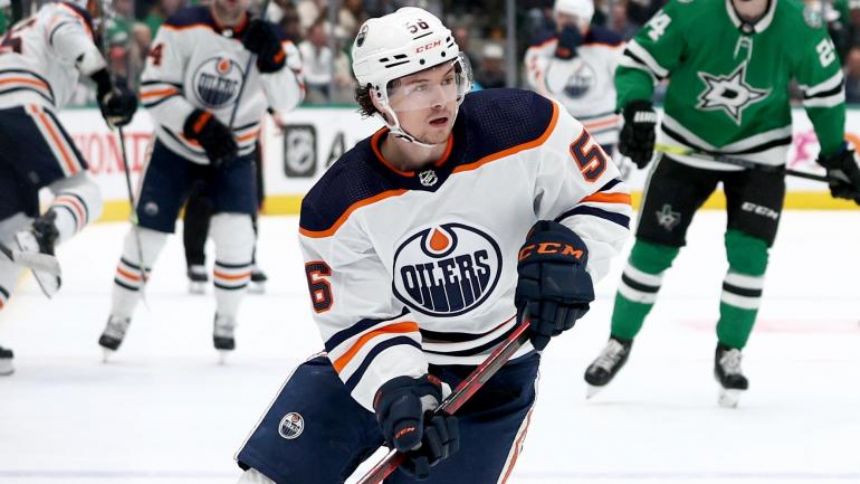 The Edmonton Oilers have avoided arbitration with right winger Kailer Yamamoto. Edmonton and Yamamoto have agreed to a two-year contract extension worth a total of $6.2 million, the team announced on Wednesday.

Yamamoto, the No. 22 overall selection in the 2017 NHL Draft, just completed his fifth season with the Oilers. After becoming an NHL regular in the shortened 2020-21 campaign, Yamamoto is coming off a breakout season in 2021-22.

The 23-year-old winger tallied 20 goals and 21 assists for 41 points in 81 games played, all of which were career highs for Yamamoto. It helps that Yamamoto saw an increased role and spent significant time on a line with players like Connor McDavid, Leon Draisaitl'and Ryan Nugent-Hopkins. Over the next two seasons, Yamamoto will be expected to keep developing around Edmonton's high-end talent.

In the Oilers' run to the Western Conference Final, Yamamoto scored two goals and added five assists in 14 games played. He was forced to miss the team's final two playoff games due to a concussion suffered in Game 2 against the Colorado Avalanche.

A native of Spokane, Wash., Yamamoto has played in 186 games with the Oilers, and he has totaled 40 goals and 93 points. In his 22 playoff games, Yamamoto has tallied a pair of goals and six assists.

With Yamamoto now signed for the next two years, 22-year-old winger Ryan McLeod is the Oilers' only remaining restricted free agent.