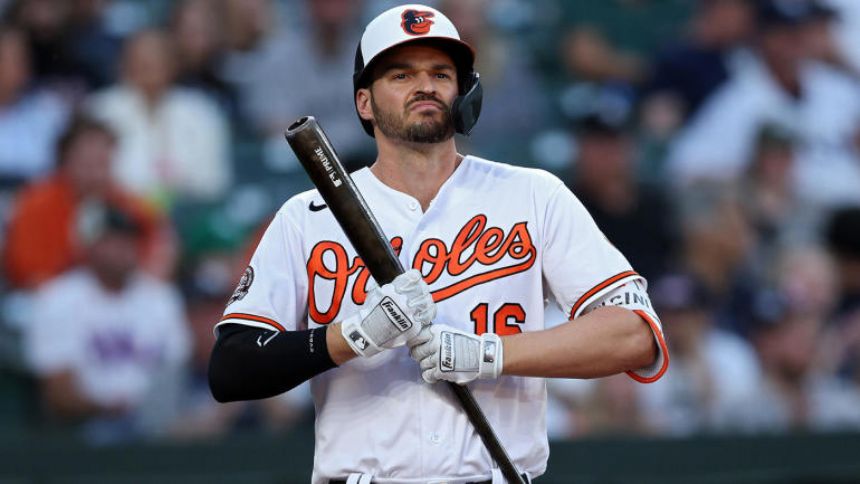 New York Yankees slugger Aaron Judge made it clear that he 'on Tuesday night. Baltimore Orioles star Trey Mancini has now spoken on the topic, and he actually agrees with Judge.

Mancini, who has spent all six seasons of his Major League Baseball career in Baltimore, told the Baltimore Sun that several players have been unhappy with the new left-field wall at Camden Yards being pushed back an estimated 30 feet and raised to 12 feet high.

"Nobody likes it," Mancini said. "No hitters like it, myself included."

Judge connected on a pair of home runs in Tuesday's game, but he slugged one in the first inning that went 399 feet. That ball would've been out in all 29 of the other ballparks around Major League Baseball.

"I feel like it ruins the park," Judge said of the new dimensions following Tuesday's game. "It was quite a beautiful park the way it was."

Camden Yards did allow the most home runs in 2021 and the Orioles ended up surrendering 155 as a team -- good for the third-most of any team in a single season in league history.

Mancini ended up hitting 14 of his 21 home runs last season at Camden Yards, but has missed out on at least two homers as a result of the changes made at the Orioles' home stadium.

"There's nothing we can do to change it," Mancini said. "It's nothing you can be thinking about when you're up at the plate. But it doesn't make it any less tough when you hit a ball that you think should definitely be a homer."

The change is giving the Orioles what they want so far this season, though. Camden Yards is seeing just 1.3 home runs hit per contest, which is the fifth-fewest in the majors.