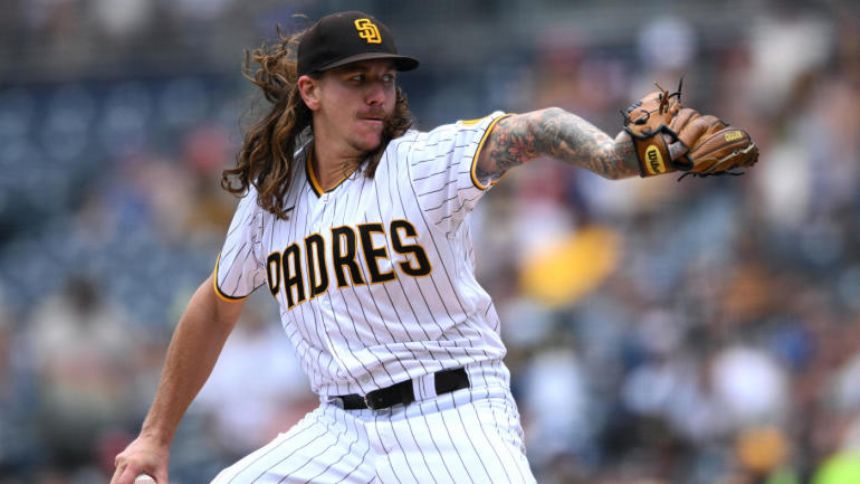 The Seattle Mariners (40-42) and the San Diego Padres (47-35) round out their two-game series on Tuesday afternoon. Seattle heads into the matchup on a three-game winning streak after defeating the Padres 8-2 in Wednesday's contest. Logan Gilbert (9-3, 2.66 ERA) is starting for Seattle. Mike Clevinger (2-0, 2.79 ERA) gets the starting nod for San Diego.

The first pitch is set for 4:10 p.m. ET. San Diego is the -140 money-line favorite (risk $140 to win $100) in the latest Padres vs. Mariners odds from Caesars Sportsbook, while Seattle is a +118 underdog. The over-under for total runs scored is seven. Before making any Mariners vs. Padres picks, you need to see the MLB predictions and betting advice from SportsLine's advanced computer model.

The SportsLine Projection Model simulates every MLB game 10,000 times. and it is 271-232 on top-rated MLB money-line picks since the start of the 2021 season, returning well over $500 for $100 players. This is the same model that pegged the 2021 Atlanta Braves at 10-1 as one of three best bets to win it all last season. Anybody who has followed it has seen profitable returns.

Now, the model has set its sights on Padres vs. Mariners, and just locked in its picks and MLB predictions. You can head to SportsLine now to see the model's picks. Here are several MLB odds and betting lines for Mariners vs. Padres

Third baseman Manny Machado is an all-around threat on the diamond. Machado has good power to all parts of the field with an outstanding throwing arm. The five-time All-Star knows how to make consistent contact due to quick hands and effortless swing. Machado is sixth in the league in batting average (.318) along with 12 home runs and 46 RBIs.

Second baseman Jake Cronenworth is a solid defender with good instincts. He's able to make quick reads, but has great awareness offensively and defensively. Cronenworth also owns a line-drive swing. The 28-year-old is batting .244 with seven home runs and 43 RBIs. He went 1-for-2 with a single in his last outing.'

Center fielder Julio Rodriguez is an athletic force for the Mariners. Rodriguez has terrific speed to cover plenty of ground in the outfield while having a superb swing. The 21-year-old has home-run power and run-producing qualities. He is hitting .275 with 15 home runs and 43 RBIs. Rodriguez rolls into this game on an eight-game hitting streak.

Third baseman Eugenio Suarez is a good defender who owns an excellent throwing arm. Suarez has a smooth swing with power to any gap of the field. The one-time All-Star currently has 13 dingers and 38 RBIs. On June 3, he went 2-for-3 with two singles.'

SportsLine's model is going over on the total, projecting 8.1 combined runs. It also says one side of the money line has all the value. You can only get the model's MLB picks at SportsLine.

So who wins Padres vs. Mariners? And which side has all the value? Visit SportsLine now to see which side you need to jump on, all from the model that has crushed its MLB picks, and find out.