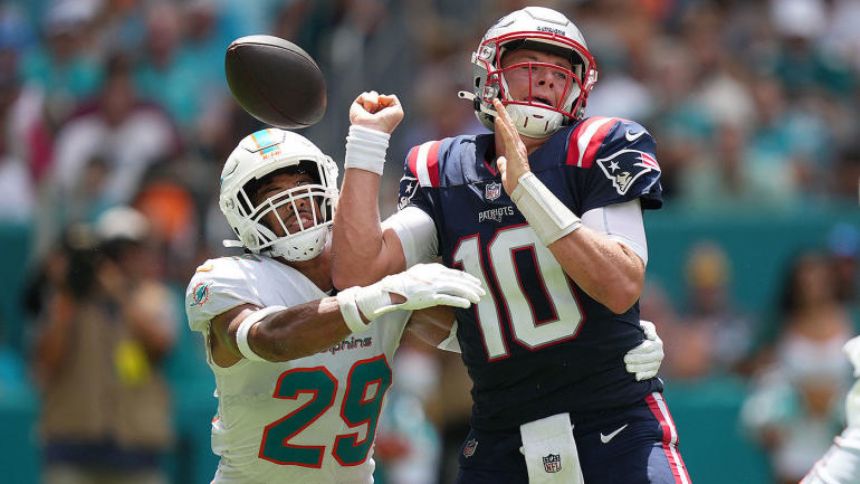 The Patriots lost to the rival Dolphins on Sunday in an ugly start to their 2022 season, but they may have lost more than a game. In the hour following New England's 20-7 defeat, the team announced that quarterback Mac Jones would be unavailable to meet the media, attributing the absence to a back injury Jones suffered during the game. The second-year signal-caller played Sunday's entire contest but was seen afterward walking into the X-ray room at the stadium, per ESPN.

The 24-year-old Jones was sacked twice and had two turnovers in the Patriots' sloppy loss, his first game starting with senior assistant Matt Patricia serving as the offensive play-caller. It's unclear whether his injury could affect his availability for Week 2.

All in all, Jones went 21 of 30 for 213 yards, one touchdown and one interception Sunday. His fellow Alabama alumnus, Dolphins QB Tua Tagovailoa, had the more efficient day, throwing for 270 yards and routinely connecting with new No. 1 receiver Tyreek Hill.

The Patriots (0-1), who have not beaten Tagovailoa's Dolphins under coach Bill Belichick, are scheduled to visit the Steelers (1-0) next Sunday.