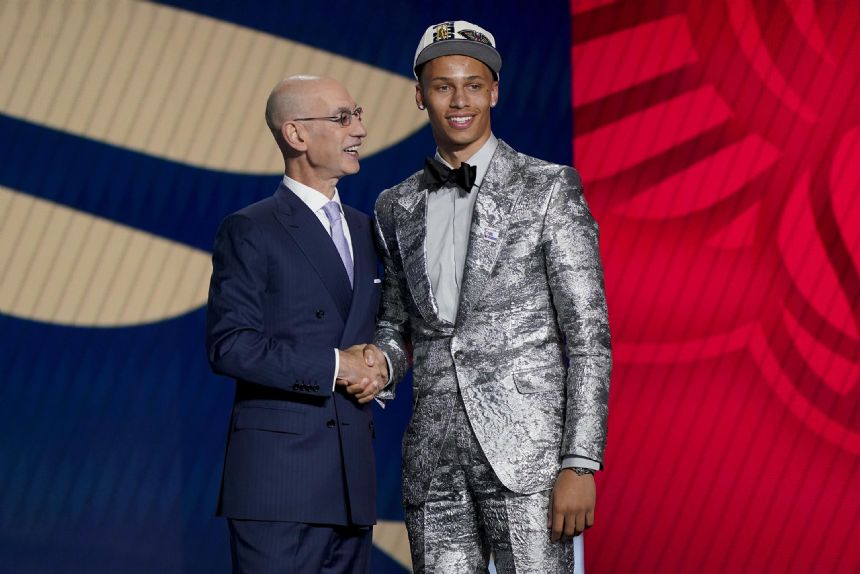 He's joining a backcourt that was bolstered in the middle of last season when New Orleans acquired veteran guard CJ McCollum in a trade with Portland.

McCollum, 6-foot-3, teamed with forward Brandon Ingram to lead a Pelicans' late-season surge. McCollum's partner in the backcourt was rookie Herbert Jones, 6-7, a second-round pick who was named to named as second team all-defensive player.

The Pelicans drafted Daniels with a pick acquired from the Los Angeles Lakers in the Anthony Davis trade three years ago.

The addition of Daniels adds more youth to what appears to be a rising team. New Orleans overcame a 3-16 start last season to qualify for the Western Conference play-in tournament with a 36-46 record.

The Pelicans won elimination games against the Spurs and Clippers before losing to top-seeded Phoenix 4-2 in a first-round playoff series.

New Orleans expects to have forward Zion Williamson, the No. 1 overall pick in 2019, in the lineup after he missed all of last season due to foot surgery. He has played in just 85 games in three seasons because of various injuries, but when he has been healthy he has shown the productivity that was expected, averaging 25.7 points, 7.0 rebounds and 3.2 assists per game.

McCollum and staring center Jonas Valanciunas are both 30 years old, but otherwise New Orleans has a very young nucleus.

New Orleans has 14 players under contract for next season and no significant free agents.

The Pelicans also have two second-round picks - Nos. 41 and 52 overall.