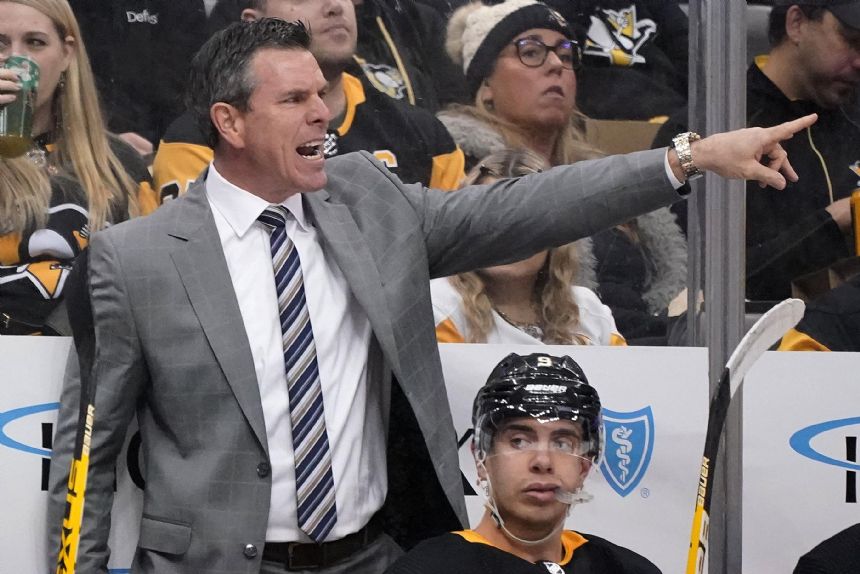 PITTSBURGH (AP) - Mike Sullivan, the winningest coach in Pittsburgh Penguins history, is in it for the long haul.

The two-time Stanley Cup winner agreed to a three-year contract extension on Tuesday that will run through the 2026-27 season.

"Words cannot express the respect and gratitude I have for what we have accomplished during my tenure with the Penguins," Sullivan said in a statement.

"It is a testament to the character of the people and players in this organization and the standard of excellence that we have established collectively."

The 54-year-old Sullivan is 297-156-54 during the regular season and 44-38 in the playoffs since taking over in December 2015. His tenure includes Stanley Cup victories in 2016 and 2017. The Massachusetts native is the first American-born coach to win multiple Cups and is one of two coaches in NHL history to win championships in each of his first two years behind the bench.

"He has clearly demonstrated what an effective leader he is," said Fenway Sports Group owner John Henry, who purchased the franchise last winter. "And it's evident how well players respond to his philosophy and work ethic night after night, month after month."

The extension comes at the end of a busy offseason for the Penguins, who lost to the New York Rangers in seven games in the opening round of the playoffs. Pittsburgh re-signed veterans Evgeni Malkin, Kris Letang and Bryan Rust over the summer, intent on keeping together most of the core around captain Sidney Crosby.

That core includes Sullivan, whose new deal actually outlasts - at least at the moment - Crosby and Malkin's current deals.

It's a vote of confidence from the new ownership group to a coach whose "play the right way" ethos has helped the Penguins reach the postseason every year since his arrival.

"We value the relationship we are developing with Mike and felt it was important to ensure that relationship would continue long term," said Fenway Sports Group Chairman Tom Werner.