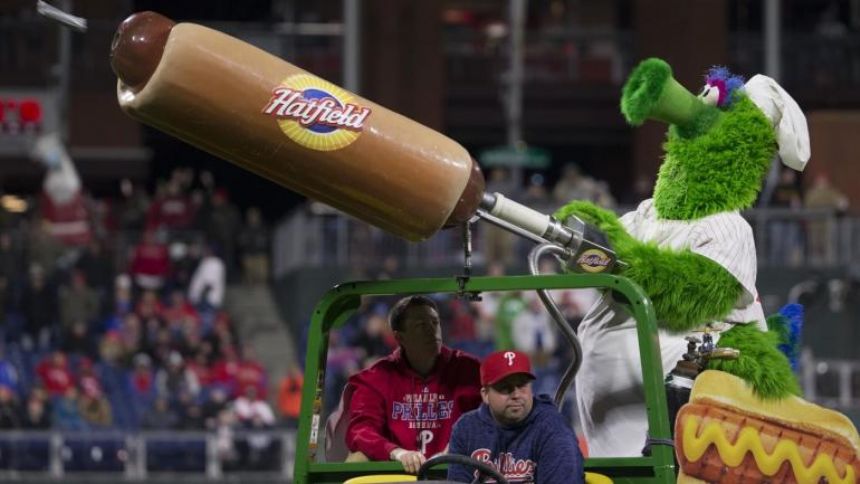 A Delaware County man is crediting the Philadelphia Phillies' dollar dog night promotion with leading him to a cancer diagnosis that ultimately saved his life, according to a report by Fox29 Philadelphia. The popular promotion helped Phillies fan Bill Finn discover that he had stage-4 Diffuse Large B-Cell Lymphoma, a non-Hodgkin's lymphoma that begins in white blood cells.

Last September, Finn went to a Phillies game during dollar dog night with the intention of breaking his own personal record for hot dogs eaten. The next day, Finn woke up with a stomach ache that he thought was the result of his overindulgence, but the pain lasted for more than a week.

Finn visited a doctor at the urging of his wife Heather, which led to a series of visits over the next month before he was diagnosed with cancer. That began a seven-month period of receiving aggressive radiation and chemotherapy, which began only days before the birth of his son Ryker.

One year later, the Phillies invited Finn back to their ballpark, and he got the chance to go on the field and meet Phillies World Series-winning manager and franchise great Charlie Manuel. The Finns are using Bill's story as a means of encouraging people not to ignore seemingly normal health symptoms.

"I went back to work. I still play softball, I'm watching my son grow, so it's just a blessing," Bill said.

The latest edition of dollar dog night came Wednesday against the Toronto Blue Jays, and the end result was well worth it for Phillies fans. The Phillies scored a walk-off victory with a single by Matt Vierling in the 10th inning, putting them just 2.5 games back of the Milwaukee Brewers for the final Wild Card spot in the National League.