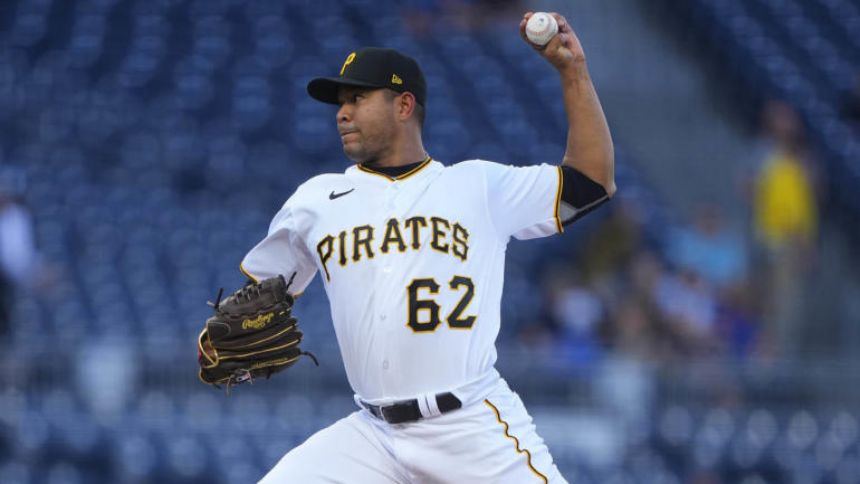 The contest between the Pirates and Dodgers Monday night in Pittsburgh was a bizarro world game.'

One of the least-talented teams in baseball pretty roundly outplayed one of the best, as the Pirates won 5-1 while outhitting the Dodgers 15 to 4. The Pirates had previously lost 16 consecutive games against the Dodgers, too.'

Perhaps the most notable thing here, however, revolved around Pirates starting pitcher Jose Quintana. He was excellent, working 6 scoreless innings and allowing just two hits. He picked up the win. Though it was the 84th win of his 11-year career, it was his first since 2019. He had made 38 appearances (16 starts) since his last win.'

The biggest drought, however, was historic. Remember the 1988 Orioles? They started 0-21. The record we'll discuss here is secondary to their big one. Those Orioles' 21 losses also doubled for the longest-ever start to a season in which a team didn't record a starting pitcher win, until Monday night. The 2022 Pirates would be the new answer to the trivia question.'

The Pirates had gone 27 games without a starting pitcher win until Quintana earned the W Monday. Remarkably, the Pirates aren't even that terrible as a team in the win-loss department to this point. They had just gotten 11 bullpen wins. The updated breakdown:'

Overall, the 12-16 Pirates aren't nearly as bad as most thought they would be this season. They sit in third place in the division thanks to the historicall -bad (so far) Reds and a Cubs team that had lost 14 of 17 before a win on Monday night. And even though it was only his first win on Monday, give Quintana some credit for this. Through six starts, he has a 2.70 ERA and 1.20 WHIP in 30 innings. He's second on the Pirates in WAR after Ke'Bryan Hayes.'