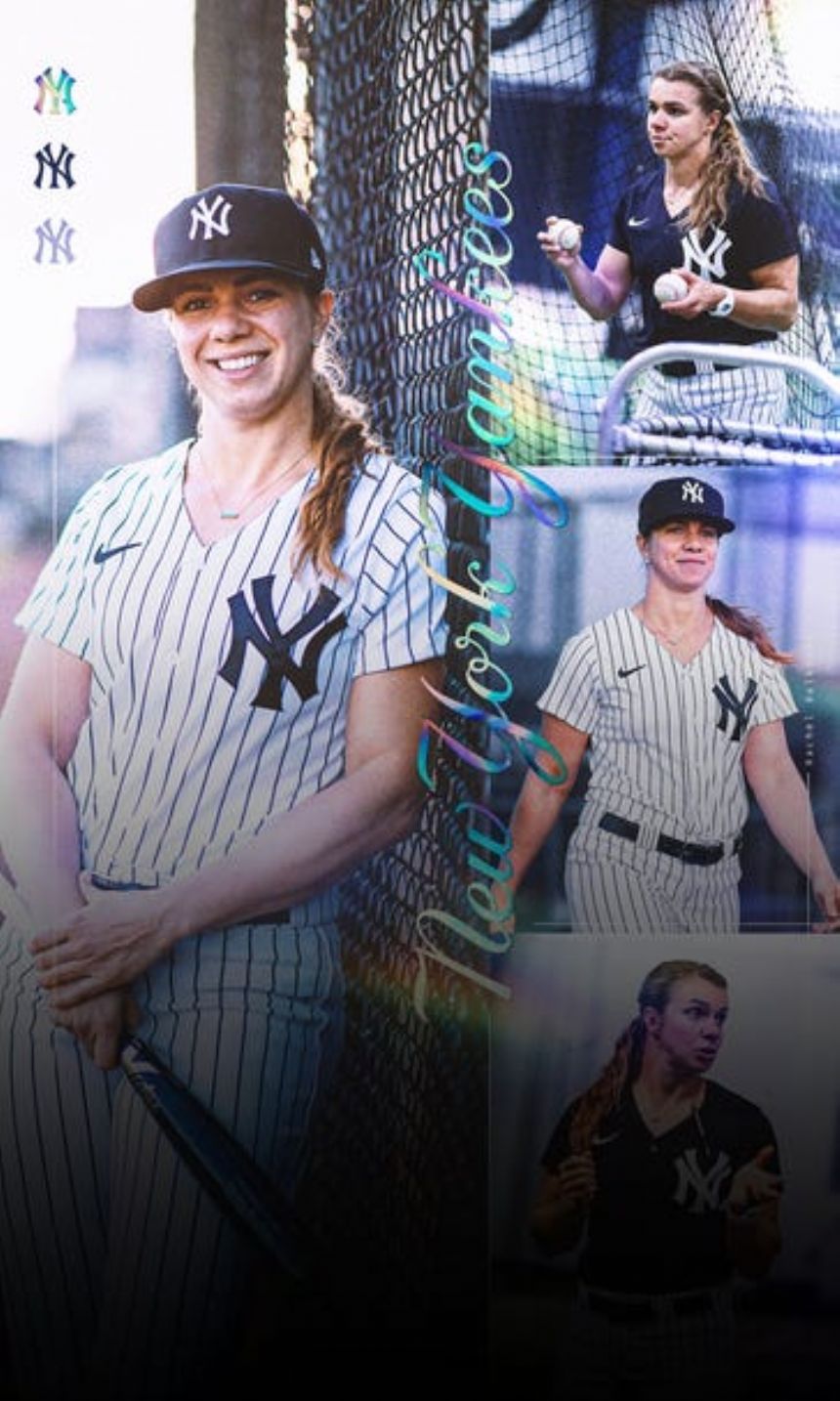 A decade ago, Rachel Balkovec was so unsuccessful finding a job in Major League Baseball that she temporarily shortened her name to "Rae" on applications, hoping the gender ambiguity would reduce the discrimination she experienced.

Last month, the sport's most storied franchise came to her with a proposition she had not even considered: Would she be interested in managing one of their teams? Balkovec said yes, the Yankees soon interviewed and hired her, and on Wednesday, she was introduced as the first female manager in the history of affiliated baseball.

Balkovec, 34, will manage the Low-A Tampa Tarpons after two seasons as a minor-league hitting coach within the Yankees' organization. She has also worked in strength and conditioning for the Cardinals and Astros and at Driveline Baseball, the data-driven baseball academy that has become a popular feeder into MLB's coaching ranks.

When she started down this path after a college career as a softball catcher, Balkovec didn't consider herself much of a baseball fan. She found the sport slow. She was even unaware that women were not working in professional baseball. She described herself as "naive" to learn that truth around age 23, and she credited that naivete for her decision to trudge forward.

If she had known the truth, the suggestion was, she might not have tried.

For years, it remained a slow ascension. Four years ago Wednesday, Balkovec said, she was studying flash cards on the floor of a bathroom stall in pursuit of a master's degree in human movement sciences from a Dutch school. Three years ago Wednesday, she said, she still felt unsettled, sleeping on a mattress she had rescued out of a dumpster.

After the 2019 season, though, the Giants pursued her for a major-league quality-control role, and the Yankees hired her. She quickly proved herself as a leader and knowledgeable coach, especially of hitters, even when the COVID-19 pandemic interrupted her first season. Instead, she traveled to Australia to gather more experience as a coach in the 2020 Australian Baseball League.

"She is willing to go to the ends of the earth to accomplish her goals," Yankees general manager Brian Cashman said. "This is somebody that will not be denied."

Balkovec's hiring marks the third time Cashman has hired a woman to a prominent role. He did so in 1998 and 2001 with Kim Ng and Jean Afterman, bringing both on as assistant general managers. Afterman remains in that role. Ng is now the Marlins' general manager.

Cashman expressed hope that one day, hiring a woman to a supervisory baseball role will not attract more than 100 reporters to a news conference, as it did Wednesday.

Balkovec understands the role she plays in that fight. She said she drew inspiration from other women, including Sue Falsone, whom the Dodgers hired in 2012 as the first female athletic trainer in the major American men's professional sports leagues. She remembered obsessively reading every article published about Falsone.

After joining the Yankees, Balkovec spoke to Afterman for the first time and now regularly considers her advice.

"It's not just about having a seat at the table," she said. "It's about speaking up when you're at the table."

Speaking up has gotten her here. The legendary tennis player - and Dodgers minority owner - Billie Jean King even phoned to congratulate Balkovec this week.

In actuality, it's only beginning.

In every way but her gender, Balkovec is the typical modern coaching hire - a young, energetic leader who did not play Major League Baseball. The sport only recently started letting those sorts inside its fences, and more recently allowed women to follow. Now, 11 women occupy coaching roles within the sport, including Alyssa Nakken, a Giants coach, and Sara Goodrum, the Astros' director of player development.

Like so many men hired over the past half-decade, Balkovec played in college, took on internships and trekked to Driveline to gain more experience. She even accrued additional degrees to make herself attractive to teams.

But she, of course, fought against one more barrier than most of her peers.

On Wednesday, she said she is grateful for the discrimination she faced, for it forced her to burnish her resume. Fighting through what she recounted as extreme loneliness, she learned a variety of skills. She became conversational in Spanish. She conducted research on the science of hitting. She learned to relate to the teens she'll now be supervising, how to ask about their girlfriends and their dogs and their families.

Now she will manage some of the sport's top prospects at a significant site in the Yankees' organization: their spring-training complex.

"If you know my story, and you have a pulse," she said, "I think it's pretty hard to not get behind what's going on here."

Pedro Moura is the national baseball writer for AP Sports. He most recently covered the Dodgers for three seasons for The Athletic. Previously, he spent five years covering the Angels and Dodgers for the Orange County Register and L.A. Times. More previously, he covered his alma mater, USC, for ESPNLosAngeles.com. The son of Brazilian immigrants, he grew up in the Southern California suburbs. Follow him on Twitter @pedromoura.