Rams' Jalen Ramsey undergoes shoulder surgery, expected to be ready for start of 2022 season, per report 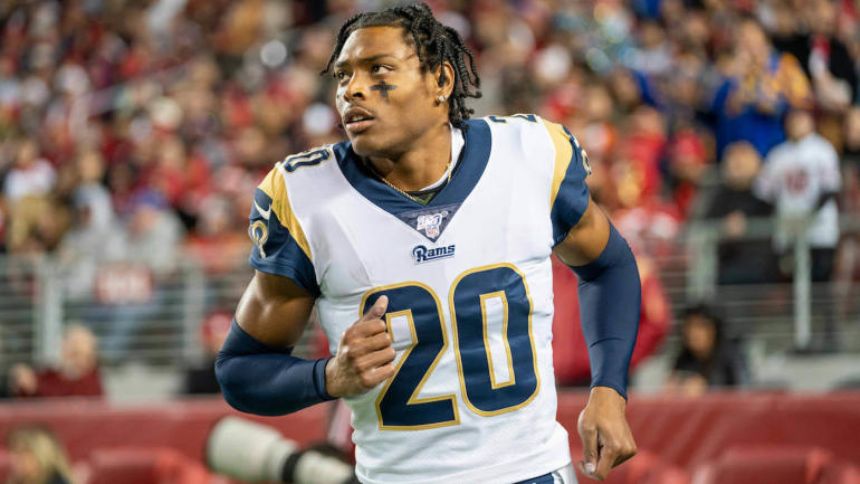 Still riding high from winning the first Super Bowl of his stout career, Jalen Ramsey is also doing a bit of a clean up as it relates to his body. The All-Pro cornerback is using this offseason to work his way back to full health in the hopes of helping the Los Angeles Rams contend for a second Lombardi Trophy in a row, and that has apparently involved voluntarily going under the knife.'

Ramsey has reportedly undergone shoulder surgery, per NFL Network, but is expected to be at full throttle before the 2022 season gets underway in September -- it being currently unclear when the procedure took place -- posting an update on his status via Twitter.'

"All is well!" said a smiling Ramsey.

ALL IS WELL! God is GREAT! Selfies are my hijas favorite ??
#nationalselfieday pic.twitter.com/tCSI6hwDRw

A former fifth overall pick of the Jacksonville Jaguars, Ramsey made his way to L.A. by way of a blockbuster trade executed in 2019, and he continued his dominance on the field thereafter. Having signed a five-year extension worth $105 million in 2020, the three-time All-Pro and five-time Pro Bowler has played up to and beyond expectations, and despite his battle with the aforementioned shoulder ailments in 2021.'

He logged 16 regular-season starts and was on the field in each of the Rams' postseason appearances up to and through their victory against the Cincinnati Bengals in Super Bowl LVI, where he played every single defensive snap.

Ramsey grabbed four interceptions during the regular season while also delivering a career-best 77 combined tackles, along with 16 pass deflections (second-most of his career), a forced fumble and a fumble recovery. If he's able to put up those kinds of numbers when he isn't at 100%, opposing quarterbacks shudder to think of what he might do now that he again is in 2022.