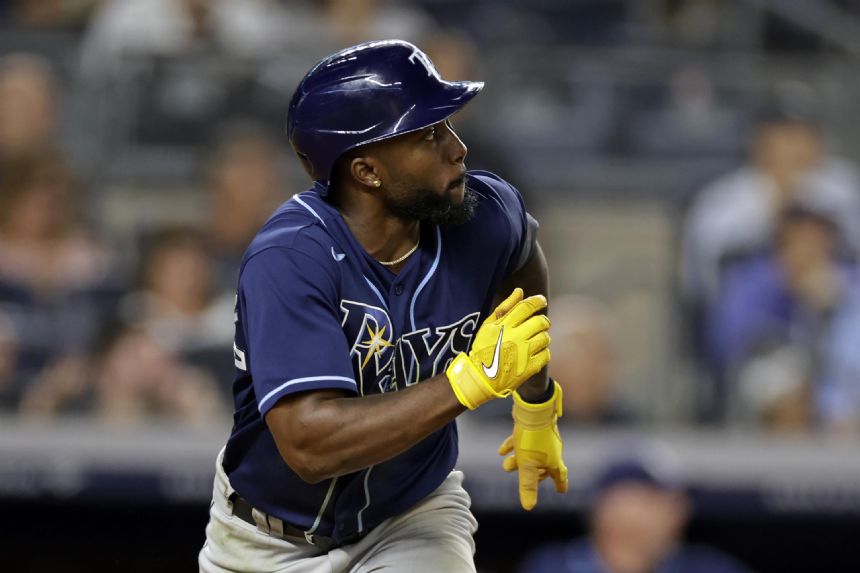 ST. PETERSBURG, Fla. (AP) - Rays teammates Yandy Diaz and Randy Arozarena had an altercation after a 4-0 loss to the Astros on Monday, partially prompting Tampa Bay manager Kevin Cash to bench both players Tuesday in a 5-0 defeat to Houston.

Arozarena told reporters Wednesday night that there was no physical contact with Diaz, and that there were some little things they needed to address. He said things are good between the pair.

"I think these players, we owe it to them to keep what goes on in the clubhouse in the clubhouse," Cash said before Wednesday night's game with Houston. "I'm not going to confirm, deny, whatever, but, I'm very confident we're past everything."

Arozarena, a breakout star of the 2020 postseason who won AL rookie of the year in 2021, was in Wednesday's lineup. Diaz was out again due to a left shoulder injury that has impacted him recently.

"His left shoulder has been barking at him a little bit on the finish of his swing," Cash said.

Tampa Bay entered Wednesday a half-game ahead of Seattle for the second of three AL wild cards.

Arozarena was seen watching Tuesday's game from the Rays bullpen.

"I didn't know he was in the bullpen, but I couldn't care less where he was," Cash said. "If I would need him to hit, I'm sure he would have ran down pretty quick."