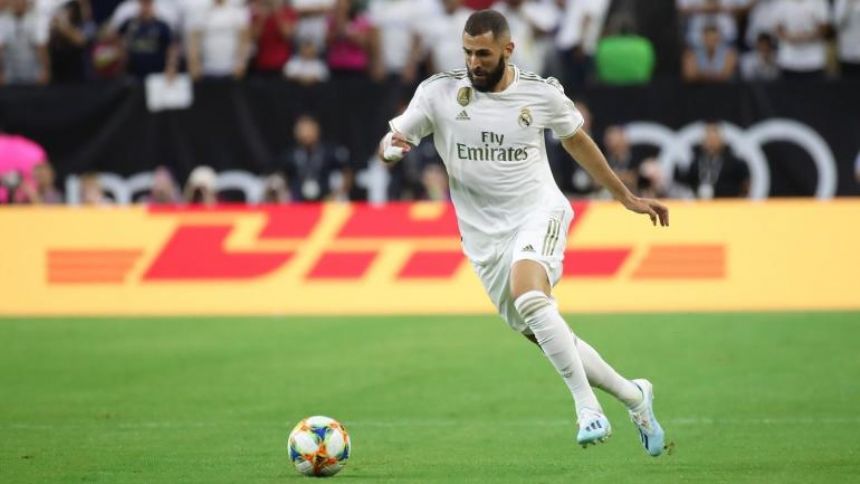 won its 34th La Liga title in 2019-20 and came up just shy of repeating last season, finishing two points behind Atletico Madrid. Los Blancos have an excellent chance of capturing another crown as they are 15 points ahead of second-place with six games remaining. Real Madrid (23-6-3) looks to take another step toward clinching when it visits (12-8-12) on Wednesday. The teams were unable to get on the scoreboard in their first meeting this season, battling to a 0-0 draw on Oct. 27 in Madrid.

Kickoff at El Sadar Stadium in Pamplona is set for 3:30 p.m. ET. Real Madrid is the -150 favorite (risk $150 to win $100) in the latest Real Madrid vs. Osasuna odds from Caesars Sportsbook, while Osasuna is the +440 underdog. A draw is priced at +275 and the over-under for total goals scored is 2.5. Before locking in any Osasuna vs. Real Madrid picks, you need to see what proven soccer insider Jon Eimer has to say.

Eimer is a high-volume bettor who has vast knowledge of leagues and players across the globe. Since joining SportsLine, Eimer has covered the English Premier League, Serie A, the FA Cup and much more. The Indiana-based handicapper compiled a winning record of 260-133-1 with over 90 units of profit for his community on various platforms over a recent two-month stretch. He is on a strong current run, going 11-6-1 in his last 18 soccer picks overall.

Now, Eimer has taken a close look at Real Madrid vs. Osasuna and locked in his coveted picks and predictions. You can head to SportsLine now to see Eimer's picks. Here are the betting lines and trends for Osasuna vs. Real Madrid:

Los Blancos boast La Liga's leading scorer in , who has set a career high with 25 goals in 28 matches. The 34-year-old French forward, who netted 24 tallies in 2015-16, has reached the 20-goal mark each of the last four seasons and six times in 13 campaigns with Real Madrid. Benzema scored in Sunday's 3-2 victory against , giving him at least one goal in six of his last seven league games and nine of 10 across all competitions.

Benzema, who is third on Real Madrid's all-time list with 217 league goals, also shares first place in La Liga with 11 assists. Los Blancos also have been receiving strong offensive production from , who has scored a career-high 14 goals in 30 matches. The 21-year-old Brazilian, who is in his fourth season with Real Madrid, also has registered seven assists after amassing a total of four over his first three campaigns.

The Reds have improved offensively of late, recording seven goals over their last four matches after netting a total of one in their previous four. The main reason for the increase has been the play of . The 30-year-old Croatian forward shares the team lead with six goals and has scored in each of his last four league matches.

Budimir is even in tallies with Ezequiel Avila, who has netted six in 30 games. The 28-year-old Argentinian is four goals away from matching the career high he set in his first La Liga season in 2018-19 with . Like Budimir, Avila also scored in Osasuna's 2-1 victory against Valencia on Saturday, giving him a goal in three of his last four league matches.

Eimer has analyzed Osasuna vs. Real Madrid from all sides and is leaning over the goal total. He also has revealed three confident best bets and a full breakdown of the match. He's only sharing his Real Madrid vs. Osasuna predictions at SportsLine.