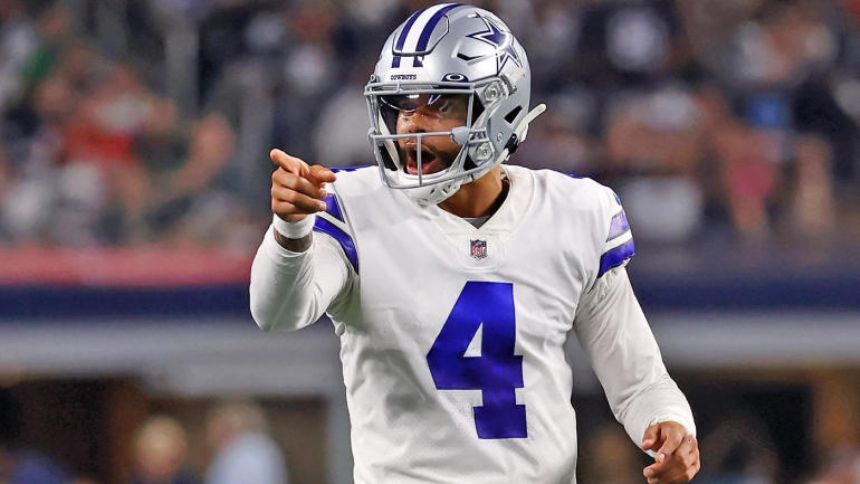 The Dallas Cowboys were able to reestablish themselves as kings of the NFC East in 2021, finishing No. 1 in the division with a 12-5 record. While Dallas was unable to find postseason success, the Cowboys were one of just two teams in the division to have a winning season, and the only club to record double-digit victories.

The Cowboys are again the favorites to win the NFC East in 2022, but bettors surprisingly aren't high on "America's Team." According to Caesars Sportsbook, the Cowboys have received the least amount of bets to win the division this season! That's right, more people like the Philadelphia Eagles, Washington Commanders'or'New York Giants to win the NFC East.

Sometimes the reason a favorite for a certain prop doesn't receive much action is because of the juice. For example, the Tampa Bay Buccaneers are -330 to win the NFC South. That's not an attractive number. A $100 bet on Tampa Bay would net just $30.30. However, the Cowboys are plus-money at +115 to win the division! A $100 bet would win $115.

One reason that could explain bettors' hesitancy with the Cowboys is that the NFC East has not seen a team go back-to-back in the division since the Eagles did so in 2004. Every year there's been a new champion.

The Cowboys didn't lose a single game to a divisional opponent in 2021, but bettors still aren't sold on Dallas in the NFC East.'