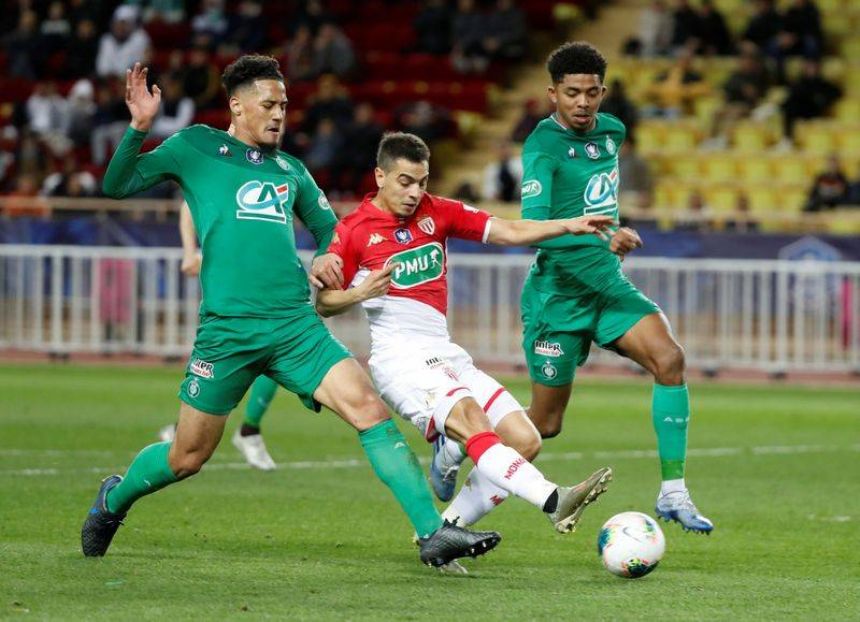 SAINT-ETIENNE, France (AP) - Saint-Etienne remained rooted to the foot of the French league standings after a humiliating 5-0 rout by Rennes on Sunday.

Martin Terrier led the Rennes attack with a hat-trick against the former ten-time French champion that has managed just two wins from 17 matches this season.

The emphatic win lifted Rennes to second place, 11 points behind runaway leader Paris Saint-Germain, which was held to a 1-1 draw at Lens on Saturday. The Brittany club has a two-point lead over Marseille following the southern side's 2-1 home loss to Brest.

Terrier scored all three of his goals after assists from Croatian midfielder Lovro Majer.

Rennes led 2-0 after 28 minutes before Saint-Etienne defender Yvann Macon beat his own goalkeeper at the stoke of halftime. Terrier completed his hat-trick three minutes into the second half with a curled 20-meter strike into the top corner and Lesley Ugochukwu sealed the result.

Many disappointed Saint-Etienne fans left Geoffroy-Guichard stadium before the end of the match amid angry chants and whistles.

Once a powerhouse of French football, Saint-Etienne dominated the league during the 1960s and '70s, winning a record 10 league titles. The club lost its past luster in the wake of a financial scandal that rocked the club in the 1980s and is now enduring its worst start to a season since 1994.