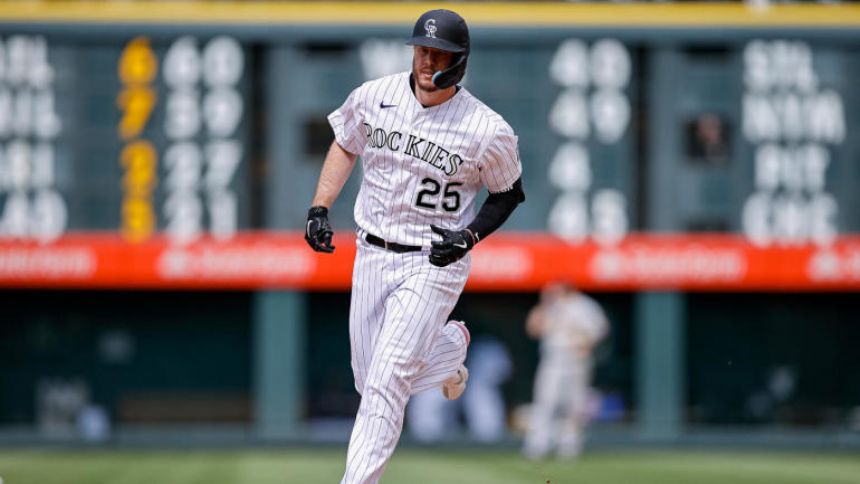 The Pittsburgh Pirates attempt to start turning things around on their six-game homestand when they host the Colorado Rockies on Monday for the opener of their three-game series. Pittsburgh (16-24) began the stretch at home with three straight losses to St. Louis, including an 18-4 setback in Sunday's series finale. Colorado (19-21) hits the road for seven contests after completing a 3-6 homestand with a 2-0 loss to the New York Mets on Sunday. Chad Kuhl (3-2, 3.86 ERA) is starting for Colorado, while JT Brubaker (0-4, 5.50 ERA) will be on the hill for Pittsburgh.'

First pitch from PNC Park is set for 6:35 p.m. ET. Pittsburgh is a -140 favorite (risk $140 to win $100) on the money line in the latest Pirates vs. Rockies odds from Caesars Sportsbook, while the over-under for total runs scored is eight. Before making any Rockies vs. Pirates picks, be sure to check out the latest MLB predictions and betting advice from the SportsLine Projection Model.

The SportsLine Projection Model simulates every MLB game 10,000 times and it is off to a profitable start to the 2022 season. It's on a 33-25 roll on top-rated MLB money-line picks through six weeks, returning over $300 for $100 players. Anyone following it has seen some huge returns.

Now, the model has set its sights on Rockies vs. Pirates, and just locked in its picks and MLB predictions. You can head to SportsLine now to see the picks. Here are several MLB odds and trends for Pirates vs. Rockies:'

Michael Chavis has performed well at the plate of late, as he enters the series opener with a six-game hitting streak. The 26-year-old infielder went 2-for-5 against the Cardinals on Sunday for his third multi-hit performance in four contests. Yoshi Tsutsugo belted a solo home run in the ninth inning of the loss, giving him an RBI in each of the Pirates' last three games.

Brubaker fell to 0-4 with a 5.50 ERA after giving up six runs -- four earned -- against the Cubs in Chicago last Tuesday, but something positive did come out the start. The 28-year-old right-hander set a career high by registering 10 strikeouts over 5 ? innings, giving him 22 in 15 ? frames over his last three outings. Brubaker was superb in his only career turn against Colorado last year as he scattered four hits over six scoreless innings in a 7-0 victory.

Despite being shut out on Sunday, Colorado has scored its share of runs lately, recording five or more in seven of its last nine contests. Brendan Rodgers is riding a 10-game hitting streak after registering two of the Rockies' six hits in the 2-0 loss to the Mets. After going 0-for-17 over his final five games in April, the 25-year-old second baseman is batting .362 (25-for-69) with nine multi-hit performances in 17 contests this month.

C.J. Cron also has been swinging a hot bat, hitting safely in each of his last nine games. The 32-year-old first baseman has posted a trio of three-hit efforts and driven in eight runs during his streak. Cron leads the National league with 11 home runs, is tied for second with 32 RBIs and ranks third with a .329 batting average.

SportsLine's model is leaning over on the total, projecting 9.2 combined runs. It also says one side of the money line has all the value. You can only get the model's MLB picks at SportsLine.

Who will win Rockies vs. Pirates? And which team has all the value on the money line? Visit SportsLine now to see which side you need to jump on, all from the model that has crushed its MLB picks, and find out.