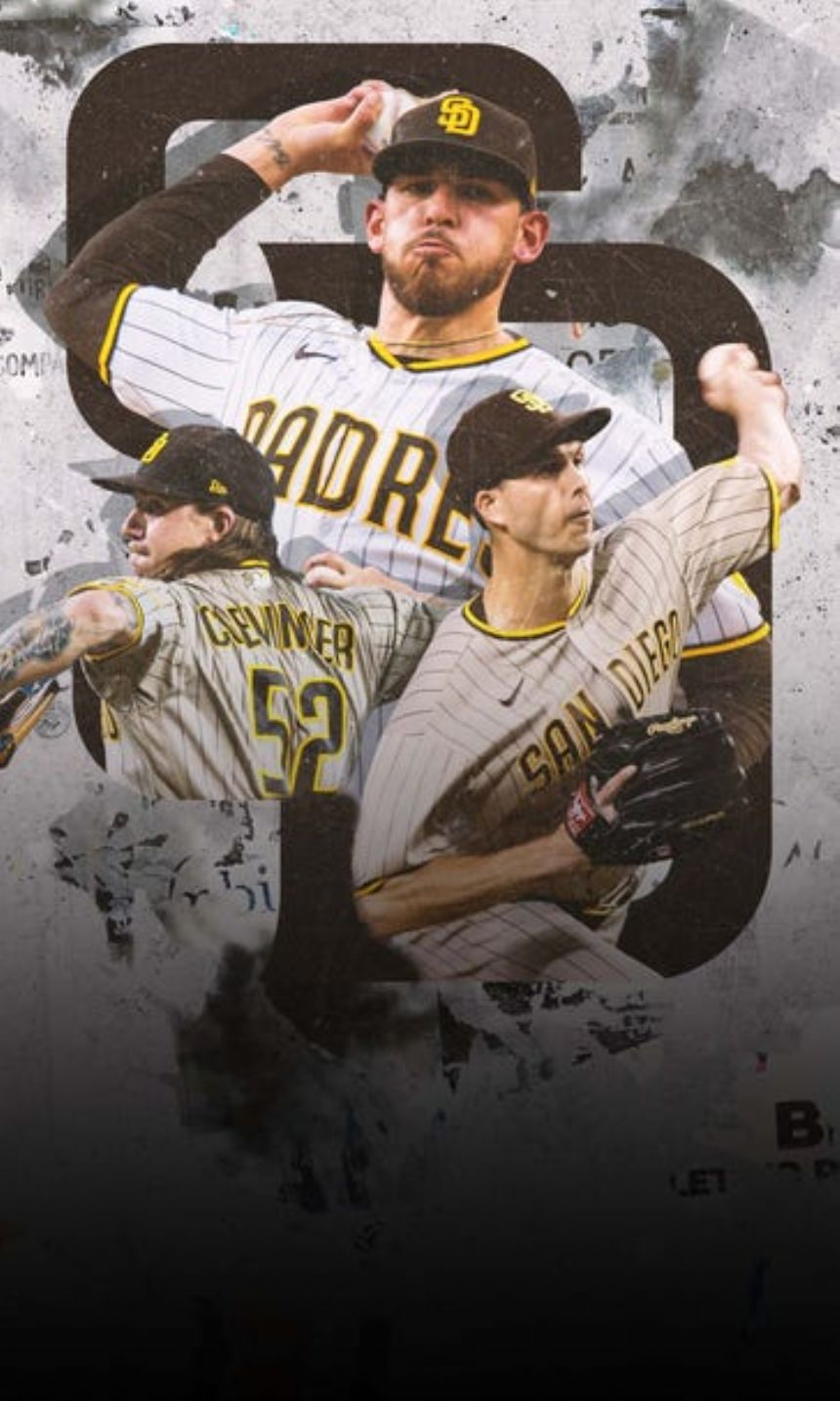 The San Diego Padres have been missing their best player, Fernando Tatis Jr., for the first half of this season. Only one of their regulars, Manny Machado, has hit to an OPS over .770, and Machado just missed a couple of weeks himself.'

Yet the Padres are on pace to reach 95 wins, to rocket past the disappointing 79 victories they logged a year ago.

They have done that because of their rotation, a talented, deep and unconventional one. For the past two months, the Padres have deployed a six-man starting rotation, providing extra rest to each of their starters. For veterans Joe Musgrove, Sean Manaea and Yu Darvish, the maneuver has enabled them to pitch slightly deeper when they start. For rookie Mackenzie Gore and the recently healthy Mike Clevinger, the extra rest might be helping them stay on schedule.

Ben Verlander gives us his MLB Power Rankings after Week 12, with the New York Yankees and San Diego Padres topping the list.

In 2022, a six-man rotation is no longer unprecedented. The Angels, the team geographically nearest the Padres, have used one for the past three seasons. They even used a seven-man rotation for a spell last season. But the Angels had to do so to accommodate Shohei Ohtani.'

The Padres are choosing to do this not because of any one starter but because of all their starters. They are doing it despite new manager Bob Melvin's early skepticism. They are doing it because it's working. They're pacing the sport in quality starts and earning praise from evaluators across the industry, who often term their rotation arguably the sport's best.

"I have been surprised at how well it's gone and how much these guys have bought in to it," Melvin said Friday, ahead of a matchup with the rival Dodgers at Dodger Stadium. "What these guys really like about it is, No. 1, they know there's a lot of talent here. No. 2, it gives you a full recovery day the day after, and then you can get into your routine going into the next start."

This effort began in the first week of May. Melvin was uncertain. Some of his pitchers were uncertain. But two months later, certainty reigns. The Padres are not committing to playing out the season in this fashion; Melvin has hinted that he does not foresee such a situation in September. But if they kept it, their pitchers would not protest the decision.

"I've always thought it's more ideal to run on a six-day schedule than a five-day," said Musgrove, San Diego's ace. "But, obviously, to do that, you have to have six quality arms. You can't just run six out there because you can. For us, it's coming from a place of necessity, really. We have quite a few good, starting arms - guys that are all healthy and all throwing the ball well."

And for longer than most. Musgrove, the hometown kid, has thrown more than 100 pitches in four of his nine starts since San Diego enlarged its rotation. Last season, he reached that threshold only four times in 31 outings. For an impending free agent, the six-man rotation is costing Musgrove the opportunity to log a few extra innings in his all-important platform season.'

But he doesn't mind. Plus, he's still 14th in the sport in innings, behind 13 pitchers who have made more starts than him.

"Winning a championship's more important than making 32 starts instead of 30," Musgrove said. "When it all comes down to it, I think everyone's putting their ego aside and doing what's best for the team."

Another challenge might be approaching. With Clevinger and Blake Snell now both healthy, No. 6 starter Nick Martinez has become the No. 7 starter - or, more accurately, the long reliever. So far, Melvin has been able to notify him in advance when he will pitch, piggy-backing certain starters.

Melvin said that won't be possible all season. But the likelihood is that some pitcher will get hurt at some point, and in that event, Martinez will be waiting in the wings. In his return to MLB this season after an NPB sojourn, he has been competent - a luxury as a seventh starter. In front of him for now are five more established arms: Musgrove, Darvish, Manaea, Clevinger and Snell, as well as one more potential-filled: Gore, a former top prospect.

While they're all healthy, the Padres' bullpen is getting the sort of rest it did not in 2021. Veteran setup man Craig Stammen is throwing fewer innings than he has in years. "I think the biggest impact it'll have," Musgrove said of the current arrangement, "is on the bullpen."

That's true. More broadly, the rotation's success has compensated for an underperforming offense. It has kept the team afloat while Tatis recovers from a fractured wrist. Now traveling with the team, he should be back, at designated hitter or shortstop, by month's end.

"When the offense isn't there, the expectation is for the pitching and defense to keep the game at a manageable spot, allow our offense to put one or two across, and win those one- or two-run games," Musgrove said. "That's baseball."

It's 2022 Padres baseball, at least. The rotation enabled them to survive the season's first half.'

Now, they hope, comes a Tatis-driven second half.

Pedro Moura is the national baseball writer for AP Sports. He previous covered the Dodgers for three seasons for The Athletic and, before that, the Angels and Dodgers for five seasons for the Orange County Register and L.A. Times. More previously, he covered his alma mater, USC, for ESPNLosAngeles.com. The son of Brazilian immigrants, he grew up in the Southern California suburbs. His first book, "How to Beat a Broken Game," came out this spring. Follow him on Twitter @pedromoura.