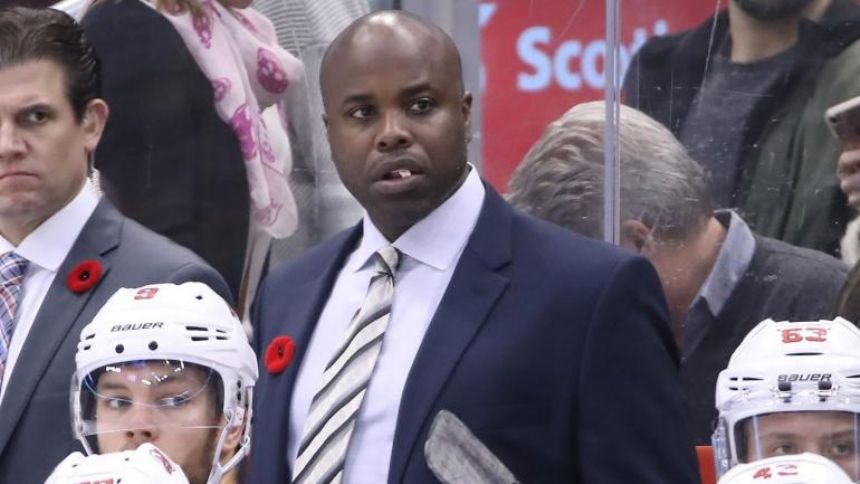 The San Jose Sharks have named Mike Grier as the team's next general manager. In doing so, Grier becomes the first Black general manager in NHL history.

Grier played 14 NHL seasons with the Edmonton Oilers, Washington Capitals, Buffalo Sabres, and Sharks and announced his retirement in 2011. He played three seasons in San Jose and scored 35 goals and registered 43 assists during that time.

The 47-year old spent the 2021-22 season as the New York Rangers' hockey operations adviser and also served as a scout for the Chicago Blackhawks from 2014 to 2018. Grier's older brother, Chris Grier, has been the Miami Dolphins general manager since 2016.

In November 2021, general manager Doug Wilson stepped down from the post due to medical reasons after 18 years. Grier will replace interim general manager Joe Will, who took over for Wilson for the remainder of the 2021-22 campaign.

On Friday, the Sharks after failing to make the Stanley Cup Playoffs for three straight seasons. In a press release from the team following Boughner's firing, Will stated that the new general manager would "have full autonomy" to hire the Sharks' next head coach.

The Sharks last made the Stanley Cup Playoffs in the 2018-19 season where they lost in the Final to the eventual champion St. Louis Blues.