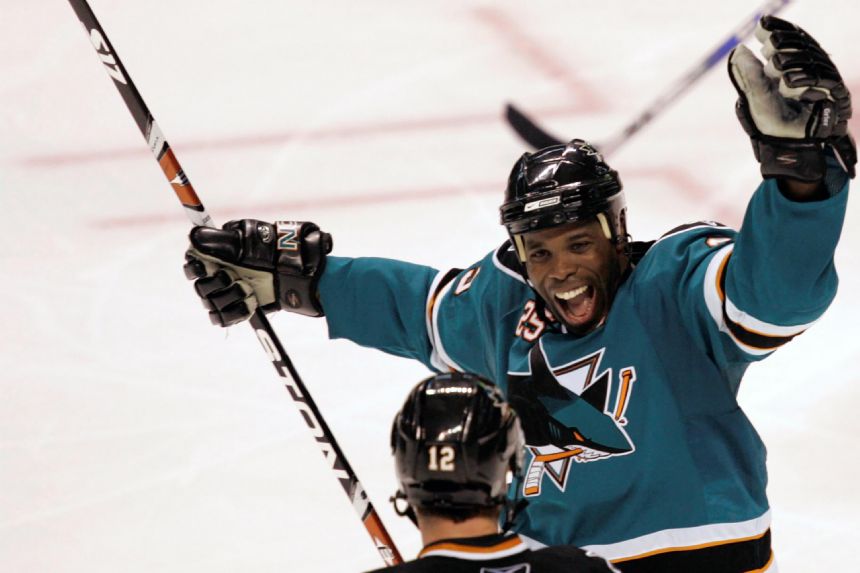 Grier fills the spot that opened when Doug Wilson stepped away for health reasons earlier this year.

Grier spent three of his 14 seasons in the NHL with the Sharks from 2006-09, and he has spent the past decade filling various roles as a coach and scout around the league. He was most recently the hockey operations advisor for the New York Rangers.

Grier was the pick after a lengthy search that included dozens of candidates and lasted nearly three months since Wilson announced he was stepping down on April 7. Wilson had taken a leave of absence in November.

The barrier-breaking hire comes less than a week after interim general manager Joe Will announced that head coach Bob Boughner and three of his assistants wouldn't return next season. Will said he made the move two months after the season ended to give the new general manager a clean slate.

Grier has a tough task in San Jose in trying to rebuild a team that has missed the playoffs for three straight seasons for the first time in franchise history.

Grier will have to get to work quickly, hiring a new coach and dealing with the draft Thursday and Friday and the start of free agency next week. San Jose has the 11th pick in the first round.

Grier comes from a family of successful sports executives. His brother, Chris, serves as general manager of the NFL's Miami Dolphins, and his father, Bobby, served as a longtime coach and front office executive for the New England Patriots and Houston Texans.

Grier went into hockey instead, playing 1,060 games in the NHL for Edmonton, Washington, Buffalo and San Jose. He had 162 goals and 221 assists in his career.

The NHL has been stressing diversity with several women also getting opportunities in front office positions and on coaching staffs.

The Arizona Coyotes announced Tuesday that Kelsey Koelzer and Kori Cheverie will serve as coaches under head coach Andre Tourigny during the team's development program next week.