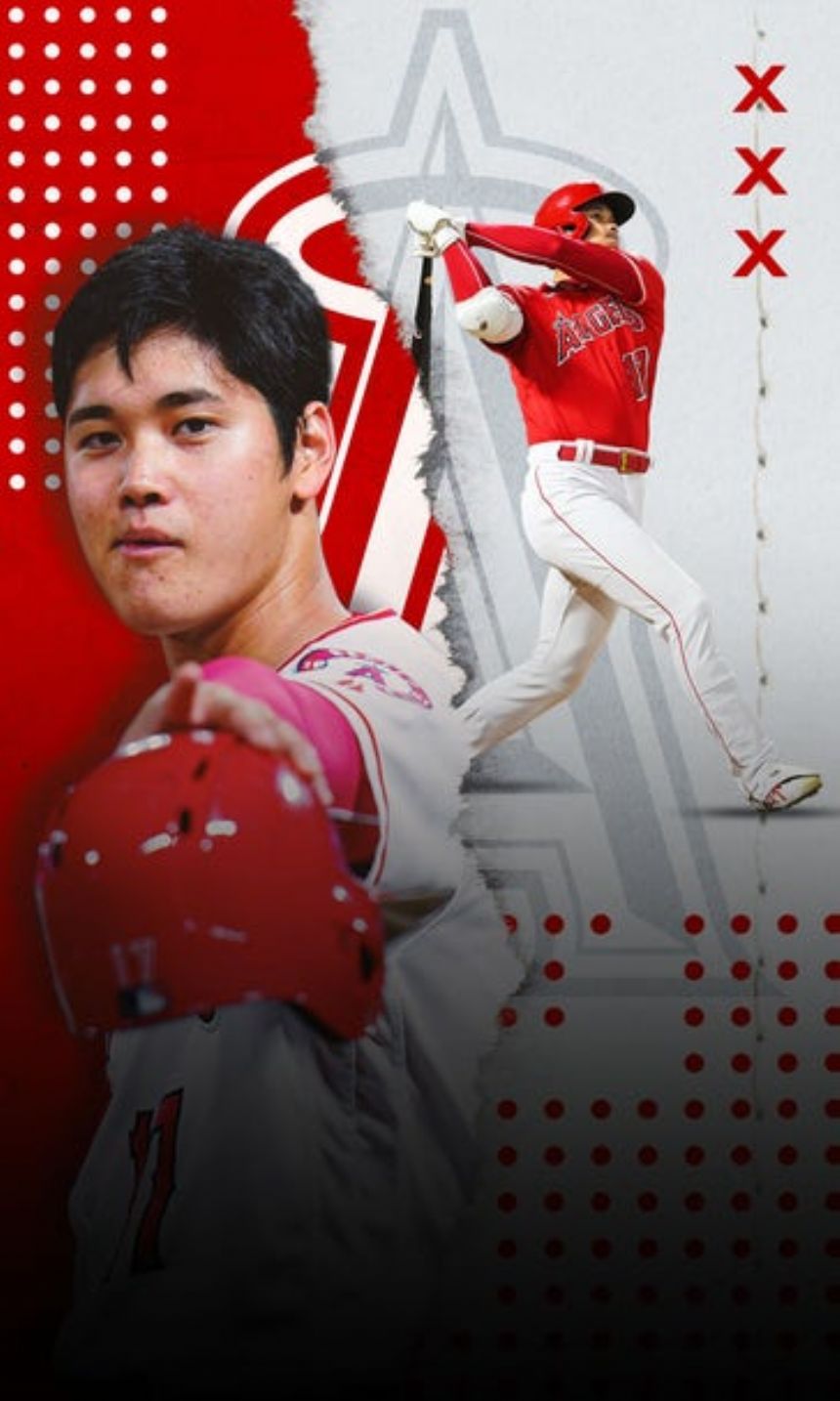 In 2021, Shohei Ohtani put together perhaps the greatest all-around season in baseball history, becoming the unanimous winner of the American League MVP Award.

What kind of encore can you produce to such a virtuoso performance?

Well, without as much fanfare, and despite not quite being on pace with last year's offensive numbers, Ohtani is currently composing a 2022 campaign that still ranks high on the list of the best seasons we've ever seen.

Ben Verlander breaks down all things Shohei Ohtani, including the phenom's incredible performance in front of his idol, Ichiro.

Perhaps, the Angels' two-way phenom is putting together the second-best season we've ever seen - behind only his MVP year that redefined the numbers we consider possible for a single player.'

On Tuesday night in Anaheim, the superhuman abilities of Ohtani were on full display.

In the bottom of the sixth inning of a slugfest against the Royals, Ohtani hit a no-doubt, three-run homer that pulled the Angels to within two runs.

Then he came up in the bottom of the ninth, with L.A. down three and two men on board, the stage perfectly set for him to do something special.'

Which, of course, he did.

On a 2-2 count, Ohtani blasted a three-run shot into the night, tying the game. He stood and admired the blast to right field for dramatic effect.

Although the Angels went to lose the game 12-11 in 11 innings, Ohtani ended the evening 3-for-4 with two homers and eight RBIs.

As usual, the performance sent our AP Sports research team to the record books to contextualize stats that have either rarely been seen before or never been done by anyone to ever play the game.'

Ohtani became the first Angels player with eight or more RBIs in a game since Garret Anderson in 2007 (when he had 10 in a game, which is the all-time franchise record).'

He became the first Japanese-born player to ever reach the eight-RBI mark in a game.'

It was a magical night for Ohtani, and I watched it in awe.'

As I've written before, we are in the midst of watching the modern-day Babe Ruth. There is no better way to describe it than that.'

Don't let Ohtani's historic 2021 season color your appreciation for what he's doing in 2022. It's easy to get caught up comparing players to their best seasons and be less impressed when they don't reach the same numbers.

LeBron James and Mike Trout, two all-time greats who also call L.A. home, are both examples of that. You can make a very good argument for those two being the MVP most every season they are healthy. Alas, the award is given to others due to the fact that Trout and James might decline from their MVP years.'

It could be easy to have that same philosophy with Ohtani. Don't let it happen.

And keep in mind that Ohtani is on pace to have a higher average and more RBIs in 2022, while also hitting almost 40 home runs.'

Beyond those stellar numbers at the plate, Ohtani is still a really good pitcher, posting a 2.94 ERA and 89 strikeouts in 67.1 innings on the mound.'

I think John Smoltz put it best a few weeks ago on my "Flippin' Bats" podcast: "If he were just a pitcher, he's Jacob deGrom."

And, oh yeah, that incredible performance Tuesday came the night before a game in which he threw seven innings of two-hit ball with one walk while fanning 12 and reaching safely three times.'

Shohei Ohtani is truly unbelievable in every sense of the word.

Ben Verlander is an MLB Analyst for AP Sports and the host of the "Flippin' Bats" podcast. Born and raised in Richmond, Virginia, Verlander was an All-American at Old Dominion University before he joined his brother, Justin, in Detroit as a 14th-round pick of the Tigers in 2013. He spent five years in the Tigers organization. Follow him on Twitter @BenVerlander.