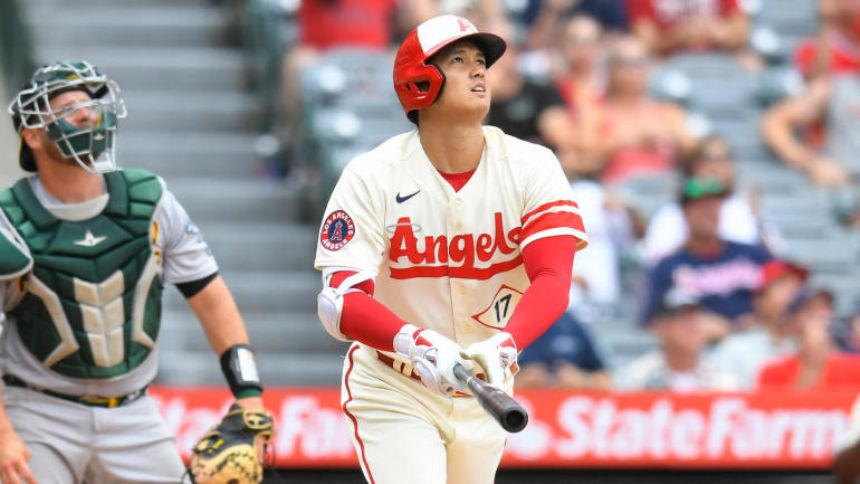 The Los Angeles Angels have been making history all season -- not all of it good -- and it continued again Thursday afternoon. The Halos slugged seven home runs in their loss to the Oakland Athletics, tying the major league record for homers in a loss. They are the sixth team to lose while going deep seven times.

The Angels are the first team in history to score at least seven runs in a game and have every run come on a solo homer. Only twice before had a team scored as many as six runs in game while hitting only solo homers. The A's did it in 1991 and the Toronto Blue Jays did it in 2010.

Here are the five other teams to hit seven home runs in a loss:

This Angels season has now featured a no-hitter (Reid Detmers on May 10), a cycle (Walsh on June 11), an Immaculate Inning (Detmers on July 31), a franchise record 14-game losing streak, four managers (Joe Maddon, interim Phil Nevin, plus fill-ins Ray Montgomery and Bill Haselman while others were serving suspensions) and now the most home runs in a loss in MLB history. This remains the truest tweet to ever be tweeted:

every time I see an Angels highlight it's like "Mike Trout hit three homes runs and raised his average to .528 while Shohei Ohtani did something that hasn't been done since 'Tungsten Arm' O'Doyle of the 1921 Akron Groomsmen, as the Tigers defeated the Angels 8-3"