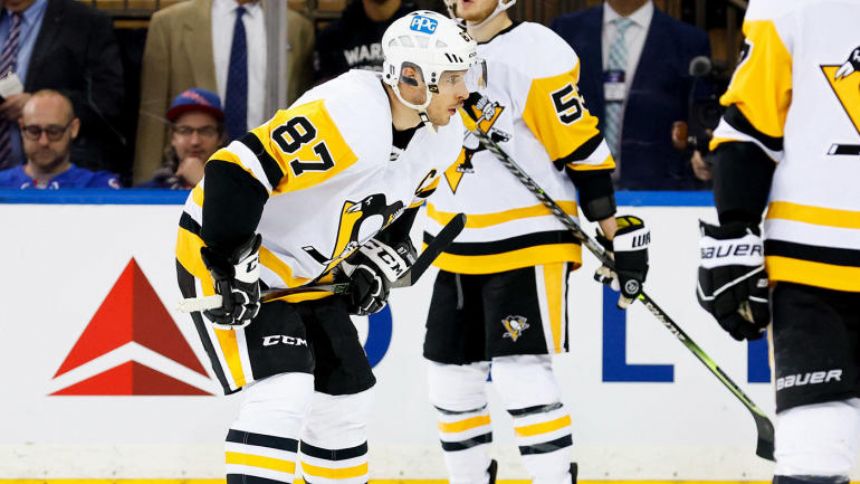 Pittsburgh Penguins captain Sidney Crosby left the ice early during Game 5 against the New York Rangers'on Wednesday after taking a hit in the head courtesy of defenseman Jacob Trouba. He missed most of the second period and all of the third period in the Penguins' loss.

On Friday, Crosby was not present at the team's morning skate ahead of Game 6, according to Newsday's Andrew Gross.

Sidney Crosby not on the ice for Pens morning skate. Tristan Jarry one of three goalies participating.

A day prior, Penguins head coach Mike Sullivan head coach announced that Crosby has been diagnosed with an upper-body injury.

The incident happened with 10:45 left in the second period as Crosby had possession of the puck and three defenders close to him. Defenseman Jacob Trouba hit Crosby's face with his left arm, which caused Crosby to fall. Instead of chasing the puck again, he skated toward the bench.'

At that point the Penguins held a 2-0 lead. The center attempted to continue the game but then headed to the locker room with 5:43 remaining in the second period. He did not return for the third.

New York rallied from behind and ended the night with a 5-3 win to avoid elimination, though the Penguins still hold a 3-2 lead in the series.

This hit has kept Sidney Crosby out since the second period. #StanleyCup pic.twitter.com/AcN9kAH8wn

Crosby does have a long history of concussions. He missed a total of 108 games from 2010 to 2012, and then six more during the 2016-17 season. However, the consequences of Wednesday's hit are not known yet.

Sullivan was asked about the incident during the postgame press conference and if he felt Trouba did it with intent. He had little to say about it, responding in a non-concrete manner.

"Did you see the hit? You probably have the same opinion I do," Sullivan said.'