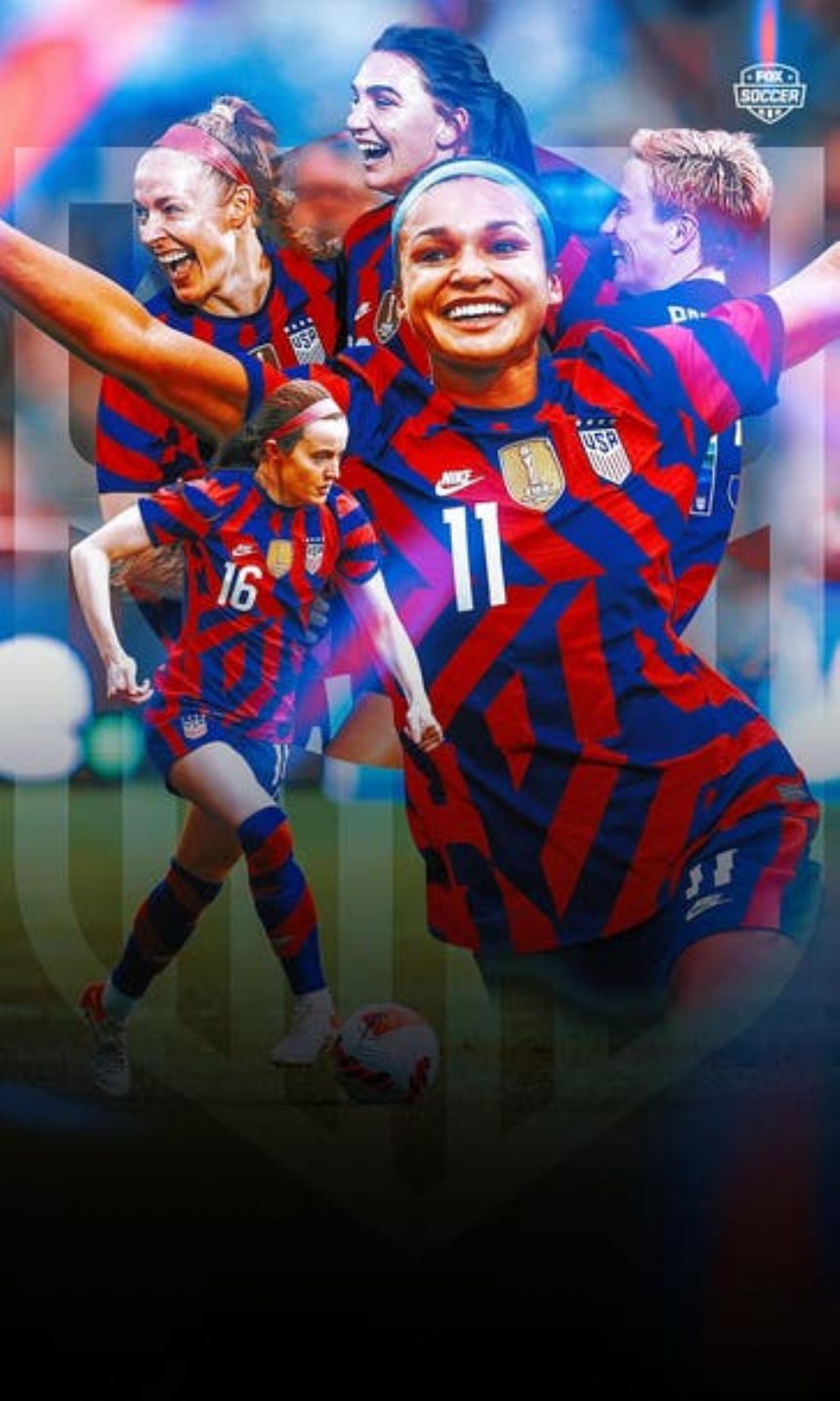 COMMERCE CITY, Colorado - In their first tuneup match ahead of the CONCACAF W Championship, which serves as qualifying for both the 2023 World Cup and 2024 Olympics, the U.S. Women's National Team on Saturday beat Colombia 3-0.

This was the first of two friendlies against Colombia with the second coming Tuesday night in Salt Lake City (10 p.m. ET on ESPN).

While the U.S. attack was unable to take advantage of scoring opportunities in the first half, in classic form, they eventually wore down Colombia and scored three goals in the second. Sophia Smith had a brace and Taylor Kornieck added one in her senior national team debut.'

"The main focus for us will be final third combinations, creating space and executing the opportunities that we create," coach Vlatko Andonovski said in the postgame regarding what he wants the team to work on ahead of its next game in three days.'

Here are three takeaways from the match.

Midfielder Taylor Kornieck scored in her first senior USWNT cap. The 23-year-old entered the match in the 73rd minute and got her head on a Megan Rapinoe free kick to clinch the 3-0 win for the U.S. in stoppage time.

"I was so excited, so excited," Kornieck said after the game. "I think the first thing I said was I can't feel my legs. But no, it just means everything to me. It's been my dream ever since I was a little girl. And scoring wasn't a part of the plan, but it's a good perk."

At 6-foot-1, Kornieck is the tallest field player to ever appear in a USWNT game, beating out Sam Mewis by one inch. Naturally, this makes her the perfect target in set pieces. It also makes her a perfect kind of teammate for Rapinoe to maul in celebration, which is exactly what she did.

"Obviously having a target like that is ridiculous," said Rapinoe, who made her first USWNT appearance since last October. "I was like, no f---ing way this is gonna happen. Like, first cap? This is perfect. And obviously it was my first game back in a while, so it was a very special moment for her and a special moment for me as well to be a part of it."

Kornieck knew ahead of time she would earn her first cap - Andonovski had been happy with her training this past week and wanted to make sure she played a few minutes in a game like this ahead of qualifying. That didn't stop pre-game jitters and nerves from setting in, although Kornieck said a pep talk from San Diego Wave teammate Alex Morgan helped calm her nerves.

"We wanted to give her minutes to get through some stress, nerves and anxiety of a first cap," Andonovski said. "Because we believe that we will need her when we're in the tournament and what we saw from her is pretty much what we hope to see from Taylor. Little touches to speed up the play and dominate in the box and aerial challenges as well."

Attack gets going in second half

It took a while for the U.S. attack to build chemistry and find its rhythm. Colombia's backline sat in, and goalkeeper Catalina Perez played lights out despite dangerous scoring opportunities from Smith, Mallory Pugh and Rose Lavelle.

"It's frustrating, but sometimes those games just take time," Rapinoe said. "I think that's the key, especially in some of these early [upcoming] CONCACAF games, to not get frustrated and kind of stick to the process, figure out where the space is. It's not transitional at all, so you can't really get out and run the play.'

"But I still think we need to do a lot better job understanding where the space is and moving in groups to unlock that space. Against teams like that, you have to do it as a group."

When Smith, a Colorado native, scored her first goal in the 54th minute, she fell to her knees and threw up her arms in celebration. And relief.

"We needed that first goal to kind of get things going," said Smith, who played a full 90 minutes.

Both of Smith's goals were assisted by Lavelle, who doesn't get enough credit for winning balls on defense and then creating plays like the goals she set up for Smith.

"I think Rose was incredible," Andonovski said. "We saw that when we find Rose in the areas where she can process the ball quick and turn and go forward, she's incredible. She can break a line on a dribble, she can open up the game for us and obviously she's very creative and has the ability to find one of the forwards that are on the field in good scoring opportunities."

Andonovski not worried about missed PKs

It was a physical match, which bodes well for the U.S. ahead of the CONCACAF W Championship (July 4-18). But the U.S. uncharacteristically missed two penalty kicks, with Perez making massive saves on shots from Lindsey Horan and Lavelle.

Andonovski isn't worried though and said Horan and Lavelle are the USWNT's top choices to take PKs.

"Yeah, it's probably the best scoring opportunity you can have as a team," Andonovski said. "But that's part of the game and give credit to the goalkeeper. I thought she did a great job. Two good saves and we're definitely going to work on that a little bit more and we still believe that both Lindsey and Rose are very good penalty kick takers."

Andonovski referenced Lavelle making a crucial penalty kick during last summer's Tokyo Olympics in a dramatic quarterfinal shootout against the Netherlands, which helped the U.S. advance to the semifinal match.

"I have no doubt they'll be successful in the future," Andonovski said.

Laken Litman covers college football, college basketball and soccer for AP Sports. She previously covered college football, college basketball, the U.S. Women's National Soccer Team and the Olympics at Sports Illustrated, USA Today and The Indianapolis Star. Her first book, written in partnership with Rizzoli and Sports Illustrated and titled "Strong Like a Woman," was published in spring 2022 marking the 50th anniversary of Title IX.