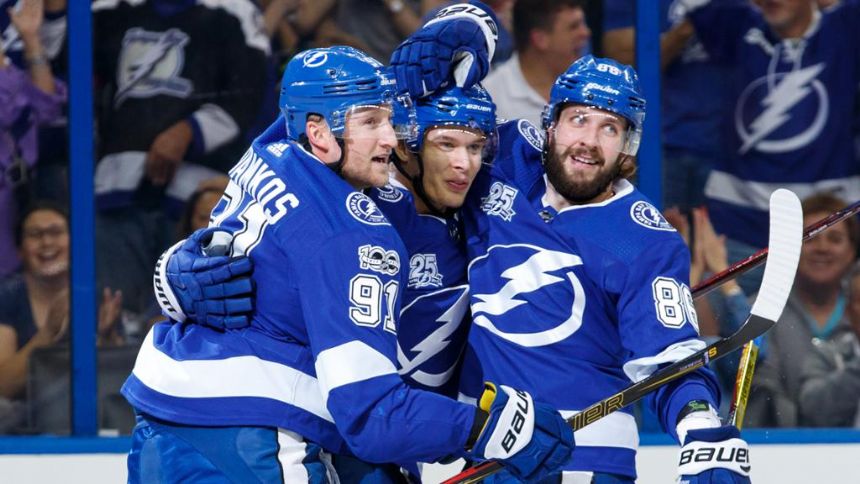 Minnesota rallied in the third period to tie it at 4 on two empty-net goals by Kevin Fiala and Joel Eriksson Ek over a 2:09 stretch. But the Wild couldn't score in overtime during a power play that lasted about a minute and half.

Tampa Bay also got two goals from Anthony Cirelli and one each from Pat Maroon and Alex Barre-Boulet. Elliott made 28 saves in regulation.

Marcus Foligno and Brandon Duhaime had the other goals for Minnesota, and Kaapo Kahkonen stopped 20 shots.

Cirelli put the Lightning up 3-2 when he scored on an in-close rebound with 2:53 left in the second. Barre-Boulet made it 4-2 from the low right circle after Stamkos' shot went off Wild defenseman Jon Merrill at 9:19 of the third.

Jordan Greenway had a short-handed backhander early in the third trickle past Elliott but Barre-Boulet swiped it safely out of the crease. Barre-Boulet, who had been sent to Syracuse of the AHL on Friday, was recalled before the game.

Both teams were coming off losses Saturday and played a spirited first period that saw Tampa Bay take a 2-0 lead midway on a power-play goal by Cirelli and with Maroon's tally.

Foligno cut the deficit on a late first-period power play goal before Duhaime tied it at 2 early in the second.

Minnesota's Ryan Hartman was sent off with about 3 1/2 minutes left in the first for tripping after slew-footing Ross Colton and came back to fight Zach Bogosian 9 seconds after the penalty expired.

Wild: Defenseman Jared Spurgeon sat out with a lower-body injury that he received in Saturday's 5-4 loss at Florida.

Lightning: Star center Brayden Point will be sidelined indefinitely due to an upper-body injury, the team announced. Point crashed hard into the end boards in a 5-3 loss to New Jersey on Saturday and appeared to be favoring his left shoulder-arm afterwards.

In a matchup of backup goalies, Elliott appeared in his third game of the season and Kahkonen his fourth. ... Tampa Bay D Victor Hedman had an assist to extend his point streak to five games (five, seven points). ... Maroon has goals in consecutive games.