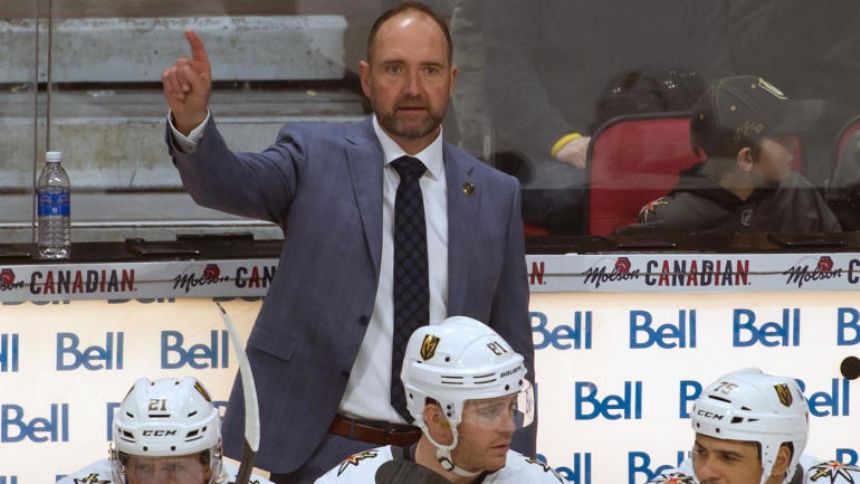 "Over the last few seasons, I have seen firsthand what the Stars are building with a mix of dynamic young players and established leaders," DeBoer said in a press release. "The chance to become this team's next head coach was an opportunity that I couldn't pass up. I would like to thank Tom Gaglardi and Jim Nill for the chance to help guide this team as we work together to bring another Stanley Cup to Dallas."

The Stars were in the market for a head coach after the departure of former head coach Rick Bowness. After the Stars were eliminated by the Calgary Flames in seven games in the 2022 postseason, Bowness stepped down from his post with his contract set to expire.

DeBoer put together an impressive 98-50-12 record in his three seasons as the Golden Knights head coach. Vegas reached the Conference Finals in each of DeBoer's first two seasons with the franchise, but this past regular season, for the first time in the Golden Knights' brief history, the team failed to reach the Stanley Cup Playoffs.

DeBoer, 54, has an abundance of head coaching experience. He has served as the head coach for the Florida Panthers, New Jersey Devils, San Jose Sharks and Golden Knights.'

The bench boss has accumulated a 513-379-12 record across his 15 years as a head coach. In addition, DeBoer has taken both the Devils and Sharks to the Stanley Cup Final -- but lost on both occasions.