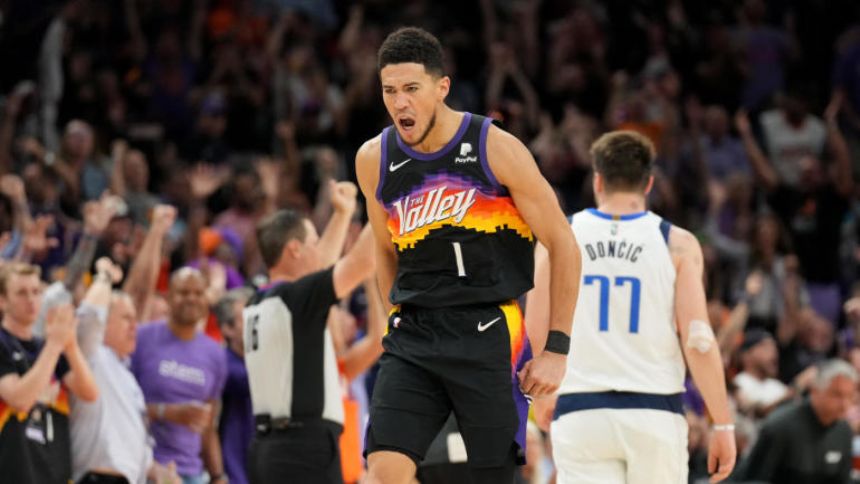 The Phoenix Suns look to close out the series against the Dallas Mavericks in Game 6 of the Western Conference semifinals on Thursday night in Dallas. The Suns took a 3-2 lead in this 2022 NBA playoffs series with a convincing 110-80 win in the last matchup. With Dallas on the brink of elimination, you expect the Mavs to come out with an edge. Phoenix has covered in three out of five games in the series.'

Tipoff is at 9:30 p.m. ET at American Airlines Center. Phoenix is favored by two points in the latest Mavericks vs. Suns odds from Caesars Sportsbook, while the over-under is 212. Before making any Suns vs. Mavericks picks, you need to see the NBA predictions and betting advice from SportsLine's advanced computer model.

Now, the model has set its sights on Suns vs. Mavs, and just locked in its picks and NBA playoff predictions. You can head to SportsLine now to see the model's picks. Here are several NBA odds and betting lines for Mavs vs. Suns:

Guard Jalen Brunson is a quick ball-handler in the backcourt for the Mavericks. Brunson can create his own looks and has the burst to get past his defenders and get to the rim. The Villanova product has a nice mid-range game and that has been on display throughout the postseason. Brunson is averaging 23.3 points, 4.8 rebounds and 3.7 assists per game. In his last outing, he produced 21 points and seven rebounds.

Guard Luka Doncic is a versatile scoring playmaker. The three-time All-Star has superb instincts with a terrific understanding of the game. Doncic can distribute the ball all over the court, constantly getting his teammates' easy looks. He can also score at all three levels and has the strength to back opposing players down and finish in the paint. Doncic is leading the squad in points (30.9), rebounds (10), assists (6.8) and steals (1.6).'

Guard Devin Booker is a fantastic scoring option with an array of moves. Booker has a knockdown jumper and can score from anywhere on the floor. The Kentucky product can create space and find open looks at the basket. Booker can score from the post, the perimeter, or by driving down the lane. The three-time All-Star is averaging a team-high 25.4 points, 4.6 rebounds and 4.9 assists per game.

Forward Mikal Bridges is a two-way force in the frontcourt. Bridges is a shutdown defender with incredible length and elite lateral quickness. The Villanova product has a knack for steals and blocks but also has a reliable offensive game. The 2018 first-round pick is putting up 14.5 points, 4.9 rebounds, 1.3 steals and a team-best 1.1 blocks per game. In the Game 5 victory, Bridges dropped 14 points, seven rebounds and swiped four steals.'

SportsLine's model is leaning over on the total, projecting 215 combined points. The model also says one side of the spread has all the value.'You can only see the model's pick at SportsLine.