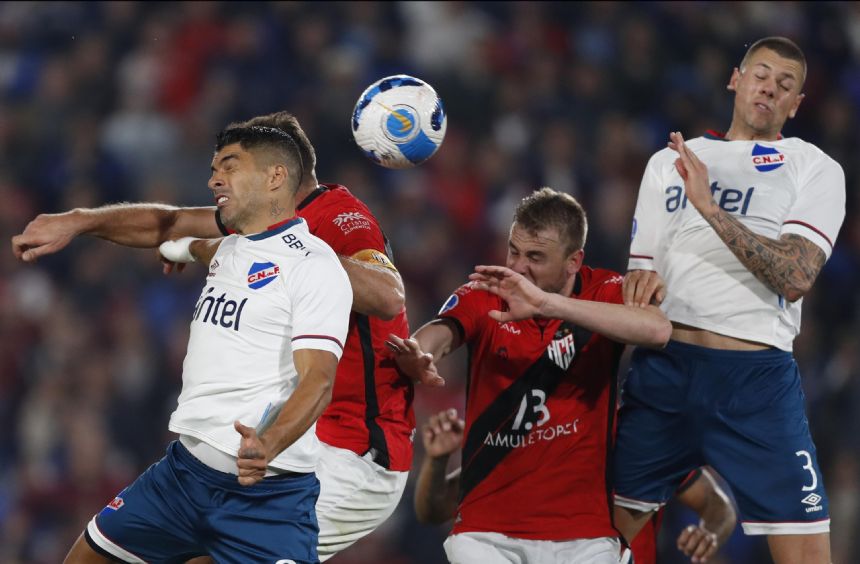 MONTEVIDEO, Uruguay (AP) - Luis Suarez went on as a substitute in his first match since returning to Nacional, but couldn't help his Uruguayan club avoid a 1-0 home loss to Brazil's Atletico Goianiense on Tuesday in the first leg of the Copa Sudamericana quarterfinals.

The 35-year-old Suarez joined Nacional after his contract with Atletico Madrid expired in the hope of remaining fit enough to play for Uruguay at the World Cup, which kicks off November in Qatar.

Luiz Fernando scored the only goal of the match in Montevideo in the 23rd minute. Nacional almost equalized near fulltime after a play by Suarez on the left flank put Juan Ignacio Ramirez in a good position to finish, but the ball hit the post.

The return leg will be played next Tuesday in Goiânia, in Brazil's heartland.

Winning the Copa Sudamericana, the second most prestigious club tournament in South American soccer, is a key objective for Suarez and his club.

Suarez' previous stint with Nacional was in 2005-06. He also played with a lot of success for Ajax, Liverpool and Barcelona during his time in European soccer.

The veteran striker has scored 68 goals in 132 matches for the national team. Uruguay is in Group H at the World Cup along with Portugal, Ghana and South Korea.