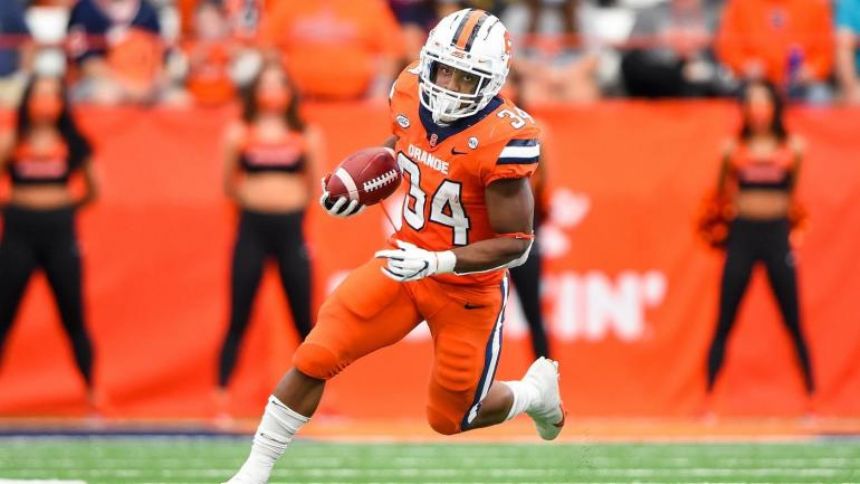 ACC foes square off in prime time on Friday at JMA Wireless Dome when the Syracuse Orange host the Virginia Cavaliers in the fourth game of the 2022 season for both programs. It is the sixth all-time meeting between the conference rivals, with Virginia leading the all-time series by a 3-2 margin after three consecutive wins. Syracuse is 3-0 this season, while UVA enters the matchup at 2-1 overall. Syracuse is 3-0, while Virginia is 0-3 against the spread in 2022.

Kickoff is at 7 p.m. ET in Syracuse. Caesars Sportsbook lists the Orange as 9-point home favorites, while the over/under, or total number of points Vegas thinks will be scored, is 54 in the latest Virginia vs. Syracuse odds. Before you make any Virginia vs. Syracuse picks, you need to see the college football predictions and betting advice from SportsLine's advanced computer simulation model.

Now, the model has set its sights on Virginia vs. Syracuse and just locked in its picks and CFB predictions. You can head to SportsLine now to see the model's picks. Now, here are several college football odds and betting lines for Syracuse vs. UVA:

Why Virginia can cover

Virginia's offense has sky-high upside. The Cavaliers have exceeded 500 total yards in two of three games this season, and Virginia has a strong ground attack. Virginia is averaging almost 180 rushing yards per game and 4.6 yards per carry, with quarterback Brennan Armstrong bringing a dual-threat element. Armstrong has more than 1,000 career rushing yards, and he is coming off a 2021 season in which he produced 4,449 passing yards and 31 touchdowns.'

On the outside, Virginia has an intriguing and dynamic threat in Keytaon Thompson. He caught 78 passes for 990 yards last season and has 18 catches for 235 yards in three games in 2021. Thompson also rushed for more than 230 yards on 39 carries in 2021, and he is difficult for opposing defenses to contain. Virginia is also facing a Syracuse defense that is allowing a 73.5% completion rate through three games, and the Cavaliers are well-coached and will not be overwhelmed by the road environment in Syracuse.

Why Syracuse can cover

Syracuse is rolling to begin the 2022 season. The Orange are 3-0 for the first time since 2018, and two of those victories came against Power Five opponents. Syracuse is cooking on offense, averaging 9.0 yards per pass attempt with eight passing touchdowns and no interceptions. The Orange are also excelling on third down, converting 44.1% of opportunities, and Syracuse has an established top-end running back in Sean Tucker. Tucker led the ACC in rushing last season, racking up almost 1,500 rushing yards and 12 touchdowns, and he has 254 yards and two touchdowns on the ground in 2022.'

Tucker also has 12 catches for 124 yards through the air, and quarterback Garrett Shrader is also a dual-threat with more than 700 passing yards and 200 rushing yards with 11 combined touchdowns in three games. With Syracuse also holding opponents to less than 17 points per game, the Orange can be confident in front of their home fans in what should be a raucous atmosphere.

How to make Virginia vs. Syracuse picks

SportsLine's model is leaning Under on the point total, with both teams projected to throw at least one interception. The model also says one side of the spread hits in well over 50% of simulations. You can only see the model's CFB picks at SportsLine.